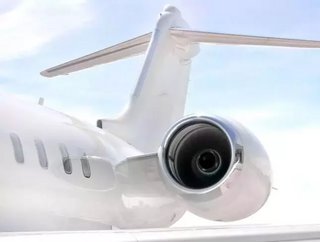 Bombardier’s Global 7000 jet will be on show at the National Business Aviation Association in Las Vegas from 10-12 October, somewhat distracting from the firm’s ongoing trade dispute with Boeing that has seen the US Department of Commerce enforce a 300% duty on its CSeries planes.

At a length of 11.2ft long, the plane is the largest ever designed for corporate use, becoming available with a list price of $73mn next year. The aircraft will feature four living spaces, a permanent resting crew, and the capacity for as many as 19 passengers.

However, it will not be readily available to buy, with high demand meaning the aircraft is already sold out until 2021.

“We have a healthy order book for the Global 7000 and can confirm that the aircraft is sold out until 2021,” said Bombardier Business Aircraft President David Coleal, speaking to Reuters.

Analysts at Reuters have also predicted that the Global 7000 will raise Bombardier’s profits by $300mn and contribute just short of a third of business jet revenues by 2020.

So far, the four existing flight test aircraft have flown nearly 900 hours, with a further estimated 700 to 800 hours still to fly before the model enters service.

The Global 7000 will not be subject to any duties that the US is placing on Bombardier’s aircraft, with these exclusive to the CSeries jets following Boeing claiming that these were dumped into the US market by Bombardier, violating accepted trade laws.