Is Coca Cola donation to Philippines a publicity stunt? 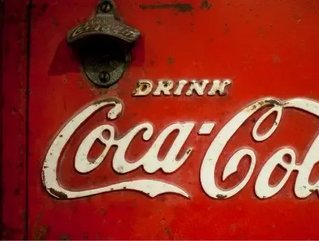 International drinks powerhouse Coca Cola has announced that it will not be spending any money on advertising from November onwards. Instead, the firm will be donating that money to relief efforts in the Philippines following the devastation caused by Typhoon Haiyan.

On Tuesday 26th November, the company made an announcement, which read: “Any committed advertising space will be redirected to the relief and rebuilding efforts for the people in Visayas.”

Furthermore, the company has already donated a staggering $2.5 million in cash, $600,000 in bottled water and $1 million through the American National Red Cross.

“We have a long-standing commitment to extend aid to our affected associates and their families, as well as for our communities locally,” said Juan Ramon Felix, Asia Division Director, Coca Cola FEMSA, “and with our unique capacity to lend a helping hand to these communities, we will ensure that we will continue to provide support through this difficult time.”

News of Coca Cola’s goodwill has taken the online world by storm, with hundreds of news outlets reporting its donation and thousands of people spreading the word on social networks. The overwhelming response has been one of praise for the multi-national brand, however some critics have spoken out against the move, calling it a publicity stunt in and of itself.

The fact that Coca Cola has given a generous donation to such a worthy cause is bound to earn brownie points from customers. There is an overwhelming consensus among consumers, that large companies that do not ‘give back’ are not worth supporting, so why has this donation caused some backlash for the brand?

One Reddit user said: “It is still an advertising move. People will find out what they did, think they are a better company because of it, and buy their product to support it. As great as it is it still gives them advertising.”

The donation will help re-build homes and could potentially save lives, but it this a publicity stunt rather than a selfless act of kindness extended to people in need? Should we promote companies for donating money for their own gains?

I would argue that any donation to help others is worthy of praise – or at least worth supporting, whether the brand receives publicity as a result or not. There are plenty of multi-nationals not donating and I know where I would rather see my money spent.

We talk about the importance of having a social conscience and Coca Cola has demonstrated that it does possess one. The majority of commentary has been positive for the brand so it just goes to prove that ethical business goes a long way towards gaining favor in the eyes of your potential consumers.

We would love to hear what you think about the donation by Coca Coal. A self serving publicity stunt or a worthy donation to a good cause? Join the discussion on our Facebook page.