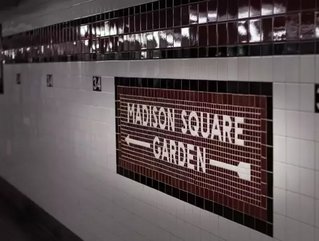 Pepsi is set to replace Coca-Cola and become the exclusive non-alcoholic drink to every Madison Square Garden (MSG) Company property from the start of September, CNBC reports.

Coca-Cola’s 108-year-old partnership with the firm has come to an end, with Coca-Cola’s original deal having been signed in 1910.

Scott Rothbort, founder and president of LakeView Asset Management, believes the new joint venture isn’t a financially motivated gain but more of a symbolic one for Pepsi.

"I don't think it's really going to move the needle in terms of Pepsi's earnings," he said Tuesday (24 July) on "Closing Bell."

The new deal will see all Coca-Cola products phased out by 1 September and replaced directly with Pepsi across all MSG locations.

MatchaBar completes $8mn funding round as it launches new drink

The partnership will also see Pepsi become an official partner of MSG’s sports and other franchises which include the Christmas Spectacular and supporting the New York Knicks and Rangers.

In addition, the beverage giants will see its exposure increase further as MSG will rename its eight-floor concourse after Pepsi.

Pepsi has previously replaced Coca-Cola on another occasion when in 2015, the firm completed a deal to be the exclusive food and beverage sponsor of the National Basketball Association (NBA) and ended Coca-Cola’s 28-year association in the process.