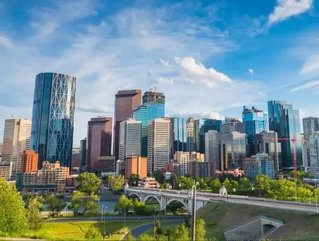 Leading online vehicle auction company Copart has announced the opening of a new facility in Calgary, Alberta that will now become the firm’s hub of its regional operations.

“Our new state-of-the-art facility in Calgary is proof of Copart's commitment to building a national footprint to support the needs of our insurance partners and Members across Canada,” said Steve Macaluso, Managing Director of Copart Canada.

Copart has been operating within the Canadian market since 2003, having opened five new facilities since the launch of its Toronto, Ontario location 15 years ago.

The company has continued to look to cater to the Canadian market, having introduced a French language option within its website Copart.com for French speaking Canadians.

In line with the new opening, the Copart revealed that it had held its first Client Advisory Board Meeting at the facility which saw a large attendance from its insurance partners.

“This location has an abundance of meeting room space, which we encourage our insurance partners to utilize as an offsite meeting space for training purposes,” said Macaluso.

The company sells to over 750,000 members across its platform, located in over 170 countries worldwide.