The Day of Smarter-Quicker is here 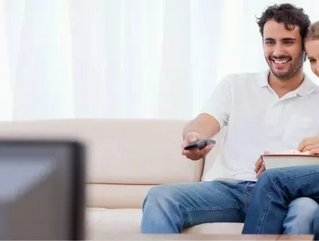 Was Leonard Lavin really that smart?

Let’s look back on a quick watershed moment in my advertising career. Leonard Lavin founded Helene Curtis, a Chicago-based health and beauty company that produced about a billion products. A few of those products were handled by Lee King and Partners, the last of the last-great-Chicago creative boutiques of the 80s, spawning no lesser talent than David Kennedy, of Weiden & Kennedy, and me, to name two. But let’s get back to Leonard.

In the early 1980s, Leonard Lavin was at the forefront of a new media buy: the 15-second spot. Leonard believed that he could pack as much punch in a 15-second commercial as a 0:30, all while paying half the price for media.

The 0:15 spot might have made sense to Leonard, but we creative types considered it a death knell. We were still reeling from the slow, tortured demise of the 0:60. We bid so long to the storyline. How were we going to get all the pertinent info, plus a memorable little tug at the heartstrings or a belly-busting laugh, all squished into 15 seconds?

We quickly learned that an effective 15-second spot was really a long 0:10 instead of a short 0:30. Today it seems like some creatives need to relearn that little tidbit.  Then again, maybe they’ve never been taught.

Fifteen-second spots are quite normal now. And according to Nielsen, they’re 94% as effective as their bloated 30-second cousins. Actually, the bulk of 30s out there seem to go on forever, totally overlooking the consumers’ ability to “get it.”  Talk about TMI.

Movies have also gone into the “Too Much Info” mode. Did we really need the Lincoln assassination in Spielberg’s Lincoln? Wasn’t the sight of Lincoln doffing his top hat as he walked through his hall and out into the night, the perfect ending? And how many guys did Django need to kill at the end? We got it. Django’s angry. Django Unchained drudgingly morphed into Django Unending.

Sure Budweiser’s Super Bowl winning USA Today Ad Meter spot was a 0:60. But as strong as it was, you could see the ending coming a mile away. Maybe a 0:30 would have left more of us smiling instead of looking for snacks in the last 30 seconds and then smugly nodding when we got to the big reunion.

In reality, most brands try to stuff too many “reasons why” into commercials. Too much of what you might think is a good thing can actually turn into too much of a bad thing.

Twitter, the guardian of brevity, recently released their Vine app which loops easily shared six-second videos. In the right hands, you never know.

I don’t know who said it first, but I’ve been saying it for years, “The more you say the less people hear.” Bill Bernbach said, “You can’t sell a man who isn’t listening.” And that, in a nutshell, is the point.

Maybe if I had mentioned that point 300 words or so earlier, you’d have been just as smart then as you are now. You would have just been smarter more quickly. And the day of smarter-quicker has long since arrived, right Leonard?