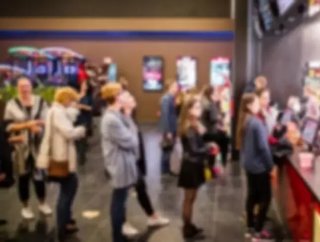 Today, the movie Deepwater Horizon hits theaters. The film is based on the real-life events surrounding the BP oil disaster of 2010, which occurred in the Gulf of Mexico. As the Deepwater Horizon rig exploded and sank, 210 million US gallons of oil gushed into the water over 87 days. Marine life died at an unprecedented rate, and 11 people disappeared. BP was ruled to blame, and had to pay $18.7 billion in fines, which is the largest corporate settlement in American history.

Hollywood has chosen to cash in on the human interest element of this incident by making a film of it, starring Mark Wahlberg, Kurt Russell, and Kate Hudson. It is more specifically themed on the New York Times’s coverage of the disaster, and focusses on the heroism of the rig crew rather than the environmental effect.

This isn’t the first time the film industry has dramatized an example of extreme real-life suffering. Here are some of the biggest disaster movies based on true events.

The Impossible is a 2012 movie based on the events of the 2004 Indian Ocean earthquake and tsunami. The earthquake triggered a whole series of tsunamis which devastated the coasts of Indonesia, Sri Lanka, India, Thailand, the Maldives, Somalia, and Malaysia. Around 230,000 people were killed.

The movie is based specifically on the story of Maria Belon’s family. It was well-received, but the largest criticism was that the main characters – played by Naomi Watts, Ewan McGregor, and Tom Holland – had been ‘whitewashed’ when the family involved was Spanish. The movie was in fact Spanish-made, and director Juan Antonio Bayona allegedly chose not to specify nationalities to make the film ‘universal’. Regardless, the film earned over $180 million at the box office.

Released in 2000, many may not know that while The Perfect Storm is based on a book of the same name, the book is non-fiction. Andrea Gail was a commercial fishing vessel lost at sea with all six crewmembers during the 1991 Perfect Storm, and barely any evidence of the disappearance was recovered.

While the film was well-received as a piece of drama, it was criticized both for using some real names of the people involved, and also for portraying the crew as making a conscious decision to sail into a storm which they knew would be dangerous. In reality, the boat was already three days into its journey before the storm happened, and the damage would have occurred very swiftly. The film achieved $328.7 million at the box office.

The 1993 movie Alive was also based on a book – Alive: The Story of The Andes Survivor – which details the story of a Uruguayan rugby team involved in a plane crash in 1972. 16 of the 45 passengers survived, thanks to rations found in the plane’s wreckage, but due to the fact that the rescue team ceased searching and the survivors’ isolation was extended, they were forced to eat the dead.

The film was described by many critics as surprisingly tactful considering the sensational content, but was also a little too heavily sugar-coated. Some also criticized the fact that the characters looked perfectly healthy even when they were supposed to have been starving for two months. The film made a modest $36.7 million.

No true-life disaster movie list would be complete without Titanic. The 1997 epic is based on the events surrounding the sinking of the RMS Titanic after it struck an iceberg during its maiden voyage. The vessel had previously been dubbed ‘The Unsinkable Ship’, but serious design flaws meant that over 1,500 lives were lost in the incident. Due to the panic surrounding the sinking, many lifeboats carrying crew members, women, and children were launched partially-loaded, with a disproportionate number of men left behind. The wreckage of the Titanic, which remains on the seabed of the North Atlantic Ocean, has provided a vast wealth of artefacts salvaged for museums.

The James Cameron movie centers around the romantic relationship between two characters of vastly differing classes, and the barriers involved with that. The representation of the sinking itself met with huge acclaim, and the movie remained the highest-grossing film of all time for 12 years, until Avatar (created the same director) overtook it. The movie earned $2.187 billion at the box office.