Deloitte: Broadband for all to tackle digital divide 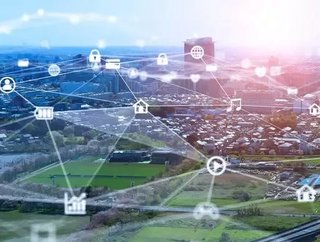 Deloitte report ‘Broadband for all: charting a path to economic growth’ highlights importance of high-speed internet access to US economy

A new report from Deloitte called Broadband for all: charting a path to economic growth has evaluated the connection between broadband internet access and economic growth.

The report also explores what needs to be done to close the so-called digital divide – to optimise the economic and social benefits while reducing inequalities. However, after a decade of infrastructure investment that saw billions of dollars of private and public investment in broadband, the results have been disappointing.

According to the report:

“The pandemic hastened the pace of a decades-long trend in which innovative applications are increasingly essential to enhancing educational opportunities, organising our lives, connecting with colleagues and friends, improving workplace productivity and enriching the quality of lives,” said report co-author Dan Littman, principal, technology, media and telecommunications at Deloitte.

“If large segments of our population lack the necessary communications infrastructure to participate, progress will be increasingly difficult.”

The COVID-19 pandemic forced many Americans to work from home, but many simply did not have access to adequate or affordable internet connectivity or mobile devices. This highlights what the report calls a pivotal moment for the US economy. More than US$100bn of infrastructure investment has been allocated by the government to address this issue but the digital divide remains. 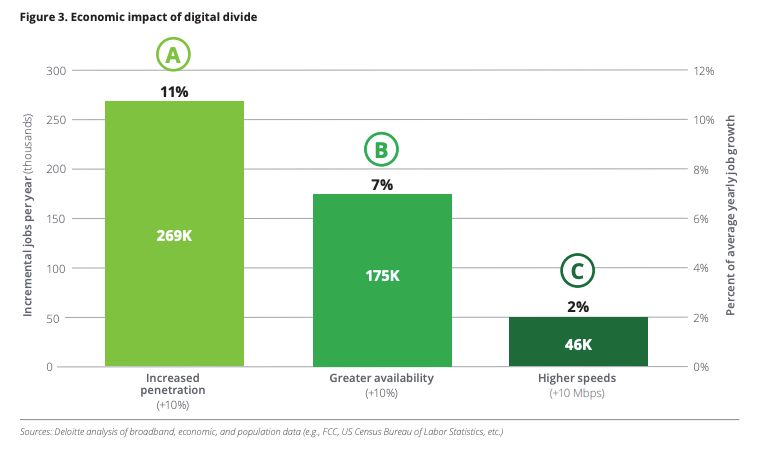 According to the report, access to broadband can have significant impact on the US workforce:

“When it comes to the public or private broadband investments to close the digital divide, the economic benefits are clear, but will require stakeholders to navigate potentially competing priorities across emerging technologies that can meet needs in the near-term, the long-term desires for faster speeds, and financial support for devices and in-home equipment,” concluded report co-author Jack Fritz.