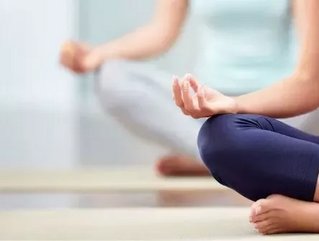 Is it time for a new voice for the world-renowned lululemon brand? Chip Wilson, lululemon’s CEO recently did the unthinkable in the business world and blamed the low sales of his product on the bodies of his female customers— woops. This unfortunate flop by Wilson has come with significant consequences and the company has taken quite the hit overall because of it.

Brand voice and recognition is one of the quintessential components of an effective marketing strategy, from how your brand is portrayed, to how it is executed through its product, staff and most importantly, its leadership. The slightest political incorrectness or amount of negative publicity can be detrimental to the quarter’s sales, and can even in some situations, completely derail the company’s public appeal. And in the case of Mr. Wilson, he keeps digging his hole bigger and bigger.

In a recent interview with Bloomberg TV, Wilson discussed his company’s newly designed yoga pants now in production, consequently after numerous complaints that the pants were “too shear” and “faded too quickly”. Wilson, attempting to defend the integrity of his product, told reporters that some women’s bodies “weren’t meant for yoga pants”, and as if his foot wasn’t already far enough down his throat, he continued, “the rubbing together of the inner thighs too much causes the pants to wear sooner than expected.”Customers everywhere were thinking only one thing— ouch.

“Frankly, some women’s bodies just don’t actually work [for the yoga pants],” Chip Wilson said on Bloomberg TV’s “Street Smart” program. “It’s more really about the rubbing through the thighs, how much pressure is there over a period of time, how much they use it.”

In less than 30 seconds, this CEO managed to taint the voice of his brand not only by placing blame on the female customers for lemon’s unsuccessful sales, but questioned the quality of his own product while simultaneously insulting women everywhere, implying there is a standard body type required to wear exercise pants. Unfortunately this isn’t where Wilson’s brand ignorance stops; he then proceeded to make a public apology on YouTube and the company’s Facebook page in the wake of his apparent slip of the tongue.

Right up there with major public-flop apologies like Paula Deen and Tiger Woods, Chip Wilson apologized to his employees for being embarrassed by his behavior, rather than begging for his customers forgiveness or any attempt at reinstating trust in this once highly-desirable brand name. As one of Canada’s lead retailers in female sportswear, one would think that the business-savvy would eventually kick-in, however for Wilson the damage was already clearly done.

When lululemon’s January sales were reported, dropping a significant 17 percent, the public was no longer holding back its disapproval of Wilson’s comments and his actions as a whole on behalf of the lululemon brand. Customers took to the company’s Facebook page, lashing out at the crude and critical remarks made against female bodies, making any sort of a comeback from this company-wide setback seemingly impossible. It would be advisable for lululemon to consider calling in the reserves, in the form of a darn-good crisis counselor and/or great PR team, and tell them to bring their shovels— there’s a gaping hole at lululemon to be crawled out from.