Does Your Business Really Need a Google+ Page? 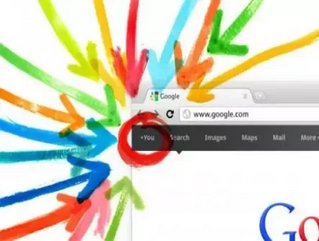 Several large companies have already set up their Google+ pages, including Toyota, Pepsi and even the Muppets, but that doesn’t mean you should join them.

Don’t get us wrong—we’re die-hard advocates for the use of social media to maximize exposure, but the bottom line is, if you’re going to use Google+ for your brand, it’s best to be sure that you can use it well and build your presence quickly.

It’s no secret that in terms of sheer number of users, Google+ is ranked last after Facebook, Twitter and LinkedIn. The most followed person on Google+ is, amusingly enough, Mark Zuckerberg, who has racked up around 570,000 followers. Facebook’s top profile belongs to rapper Eminem, who boasts over 48 million fans. While it’s true that Google+ is still building momentum and the addition of pages may bolster growth, if your audience is not actively using Google+ to build connections, it may be more beneficial for you to focus on the sites they are using.

One clear advantage Google+ has over other networks is its capabilities with rich media content. Images, animated GIFs and video look great on Google+, but if your business cannot make the most of those tools, your audience on that site won’t be engaged and again, you’re better off sticking with Twitter or Facebook.

It’s also important to note that Google+ pages are a bit limited when compared to Google+ profiles for individuals. Some of the limitations make perfect sense—like the fact that pages are public by default and cannot add people top circles until the page is first added or mentioned—but others seem less logical. Currently, Google+ pages cannot +1 other pages on Google or throughout the Web and do not get notifications when others have interacted with the page.

Here’s an excellent infographic created by IdentyMe that can help you determine whether or not your audience can be found on Google+:

To create a Google+ page for your business, go to http://plus.google.com/pages/create.