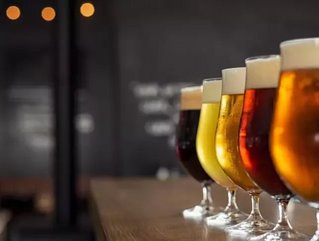 One week ago, Boston-based brewing company Boston Beer Co announced that it had entered into an agreement with Delaware craft beer house Dogfish Head. The US$300mn merger, which is expected to close in Q2, 2019, is expected to shore up Boston Beer - best known for its Samuel Adams brand of craft ales and lagers - in the craft beer sector, as liquor and wine together regained a majority share of the US alcohol market in 2018.

Dogfish Head is on pace to sell nearly 300 thousand barrels for the full year 2019, which would represent high single digit growth versus the prior full year.  The company saw its popular IPAs and sour beers propel it to 9% growth last year, which would boost to Boston Beer’s core business.

According to an interview with Yahoo Finance, the merger could also see Dogfish Head CEO Sam Calagione rise to a senior leadership role in the Boston Beer Co.

“I do believe that Sam, who’s shown this enormous creativity within beer, can bring some of that to [our offerings] beyond beer, which is kind of a wide open space in a lot of ways sort of like craft beer was 30 years ago,” Boston Beer co-founder Jim Koch told Yahoo Finance. “And you have more and more craft brewers thinking about what we did 30 years ago which was expanding.”

Dogfish Head’s net sales for the full year 2019 are expected to be between $110 and $120mn. Dogfish Head employs approximately 400 employees, produces most of its beer at its brewery in Milton, DE, and sells its beer in more than 40 states.

"Not only are Dogfish Head and Boston Beer two original American breweries, but Jim Koch and I worked hard with other leading craft brewery founders and the Brewers Association to develop and champion what defines independent American brewers," said Sam Calagione, founder and brewer of Dogfish Head. "This merger better positions Dogfish Head and our co-workers to continue growing within this definition for many years to come.  In fact, Mariah and I believe so much in the future of our merged companies that we are all in, and personally we're reinvesting nearly all of the proceeds back into the combined entity. We're also proud to announce that we intend to devote a percentage of the Boston Beer stock that we receive to establishing a foundation and funding various local charitable programs."

The combined company will be led by Boston Beer CEO, Dave Burwick. "This is a formidable combination of brands, incredible brewing talent, and leaders who remain 100 percent focused and committed to the long-term health of our breweries and growing the beer industry. United, we will have the highest quality, most distinct, high-end portfolio, from both a price-point and product perspective with the top-ranked sales organization to bring it to market.  We expect that we'll see more consolidation in the Craft industry over time, and we'll be in the best position to take advantage of those changes."