Enterprise Software improving the way you do business 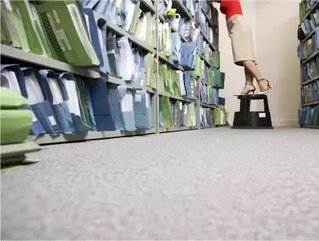 Before we get you into how Enterprise Software will improve the way you do business, you might want to check this article out as it appears in our March Issue of Business Review USA. For the tablet and iPad fans, it's way cooler to read this article while flipping through our user-friendly e-reader.

As technology is ever changing and business starts to go to the cloud for more efficient operations, enterprise software is becoming even more significant in today’s operations. We speak with Jack Bergstrand, CEO of Brand Velocity and former C-level executive of The Coca-Cola Company, about his software solutions to protect your brand. We also chat with Richard Roberts, the Founder and CEO of RecMan the world’s first compliance and records management application for Google Apps.

JACK OF ALL TRADES

Jack Bergstrand, CEO of Brand Velocity, Inc. helps to improve and accelerate large reinvention initiatives, which is also linked to his latest book, Reinvent Your Enterprise. The book helps readers reinvent their enterprises, which also allows reinvention with their society. Bergstrand also has a specialty in knowledge work productivity management.

With his current position, Bergstrand works on major projects in a variety of industries with a focus on strategy, technology and corporate restructuring. Brand Velocity is also the first company to be prototyped using knowledge work productivity principles. Bergstrand also created the Strategic Profiling instrument, a tool that helps companies accelerate important enterprise projects.

“Our consulting model is built around knowledge work productivity principles for large organizations,” he says. “Versus the traditional consulting model, Brand Velocity has completed engagements in less than half the time and at half the cost by using this approach. The company has developed five year strategic plans, assessed major technology initiatives, helped to turn around major technology initiatives, and helped companies accelerate their organizational restructuring.”

“When a company has finished a major tech initiative, facts show that 70 percent fail to deliver the original goal and go over budget by three times,” he continues. “We’re brought in when companies are struggling and we provide a rapid view of what’s going on and how to move forward.” Their model is to engage brands with resources the organization already has to make them more self-sufficient at the end.

RECMAN: THE FIRST APP FOR RECORDS MANAGEMENT AND COMPLIANCE

Richard Roberts is the Founder and CEO of RecMan, which is the world’s first and only application that brings enterprise-grade records management and compliance to Google Apps. Millions of users within businesses, government agencies and other organizations have switched to Google Apps to store documents, but Google doesn’t have built-in document compliance or records management features to meet standards and legal regulations.
“Google has made their App program to make storing documents easier and cheaper,” he says. “We just add functionality for this ability.” RecMan was launched last year with interest from government agencies and big enterprises going to the cloud and their issues about who had access to their documents.

“Official records on Google Docs shouldn’t be able to be deleted or shared with others and there should be controls about access to users,” he says. “Google Apps doesn’t have a way to control this and RecMan has an extra control panel with different classifications for documents, different meta data, and other ways to control access between users.”

CHANGING THE FUTURE IN RECORDS MANAGEMENT

Along with providing services to Fortune 500 companies, RecMan has also seen growth of their business among state government agencies. “Google just recently got certification with the Federal Information Security Management Act (FISMA) to sell to the federal government so now we’re working with federal agencies because there’s a new emphasis to go the cloud first because they want to save money,” Roberts says.

Roberts also says that if a new client is linked up with the Google Apps Marketplace, it only takes about five clicks to install the application before showing up on their control panel. “It’s not like the old days where an IT person would go around to each computer to install a disc, but rather RecMan comes up instantly on the computer,” he says.

“Our product fills the niche that’s needed by people who want to use Google Apps that are in enterprise or government industries,” he says. “Without our application, there’s no really way to apply your policies about how to keep stuff, how to destroy it, and who has access to documents from a central administrative standpoint.”