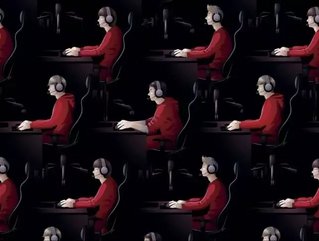 Research has predicted that the esports industry will continue its fast growth at a rate of 22% annually, with US brands leading from the front.

Business Insider’s BI Intelligence research service has published a report that recognises the ever-increasing impact esports is having on sister industries as well its significance as a standalone business.

Goldmann Sachs valued esports at $500mn in 2016 and the projected 22% annual growth will see it break through the $1bn barrier within three years.

US companies have made moves to insert themselves into the esports world, with YouTube agreeing a significant, multi-year broadcast deal with FaceIt, which hosts a range of competitions every month.

The NBA has plans for an an official esports league that is set to launch in 2018.

“Esports is not only growing exponentially as a new independent business and industry, it is also accelerating the convergence of various established industries,” said Peter Warman, CEO of the esports leader Newzoo.

“With the arrival of live streams and events, gaming has entered the realm of broadcasters and media that can now apply their advertising business model to a market previously out of reach for them.”

The report highlighted the remaining potential in the industry too, however, revealing that the market remains undervalued and that there is a variety of revenue streams in which to invest.