Is Facebook about to start charging companies to interact with their followers? 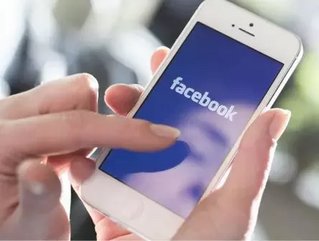 Since the launch of Facebook in 2004 countless companies, brands and celebrities have created pages and have worked tirelessly to build followers on the social network. Facebook marketing is a real thing, with companies’ big and small hiring employees purely to build and maintain interactions on the site. Type ‘Facebook marketing’ into Google and it returns 1,860,000,000 results, however many of those results could soon be null and void if Valleywag’s latest article is to be believed.

According to Valleywag, a source who is ‘professionally familiar with Facebook’s marketing strategy’ has revealed that the social giant is in the process of slashing organic page reach down to just one or two percent and all brands will be effected.

Potentially, this means that advertising behemoths such as Coca-Cola won’t be able to reach their full fan base. Coca-Cola has amassed over 80 million Facebook fans but would only be able to reach around 800,000 of them per post if the changes come into play. But the new rules wouldn’t only effect large corporations, but also smaller, independent companies too. If you have less than 5,000 Facebook likes, you may only be able to influence a handful of fans at a time. The long and short of it – if you are not paying to interact with people on Facebook, you may as well not bother.

The alternative then is to pay for more attention and that could become very costly, especially for larger, more influential businesses.

So what does this mean for businesses and for Facebook users? (Note, the change will not prevent individuals from using the site for free as always.)

According to Valleywag, the change is “a cataclysm for businesses, something Facebook is calling the extreme throttling a ‘strategy pivot’ they're slowly telling brands one by one so as not to start a panic.”

It means that any effort and investment expended in building a Facebook following could all have been a waste of time unless companies are willing to shell out yet more dollars.

The real effect though could well be this: Large corporations have the cash behind them to continue funding their Facebook pages if they wish, however it’s the smaller companies that could lose out.