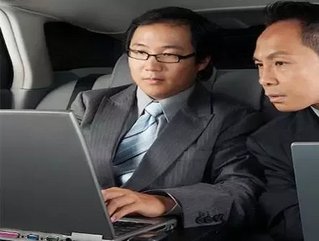 While China has been on the cutting edge of pretty much everything technology-related, the country has been the ultimate late bloomer when it comes to the social media sphere. No Twitter, no Facebook, no YouTube. All because of China’s censorship rules. Facebook has just signed an agreement with Chinese search engine Baidu, to finally establish a social network in the country.

According to reports and Baidu employees, the new website will not be linked to Facebook’s global service. However, Facebook’s Mark Zuckerberg, and Baidu’s chief executive Robin Li have met several times with the hopes that the social network could get its hands on the country’s more than 450 million Internet users.

Facebook already has a corporate office in Hong Kong, making for its third location in Asia, and Zuckerberg has been visiting the country recently and more frequently. Brands like Facebook will definitely face its fair share of censorship issues and policies when it tries to go toe-to-toe with China. Considering all of Facebook and Google’s privacy issues here on the mainland, we’re not surprised China has created the highest hurdles to let the companies in.

China has created its own domestic brands that are similar to the likes of Google, Twitter and Facebook, but we can imagine an American-created force will be quite popular among the locals overseas.