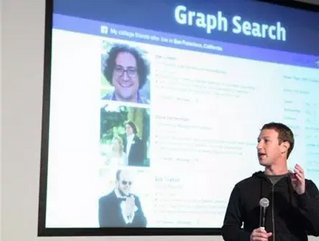 Facebook announced today their new social media tool Graph Search. Mapping  out its users’ relationships and commonalities, Graph Search encompasses all of Facebook’s billion plus users, their 240 billion photos and more than one trillion connections.

A tool that will appear at the top of each page as a larger search bar, Graph Search will analyze a multitude of attributes to give users relevant results.

“Graph Search and web search are very different. Web search is designed to take a set of keywords (for example: “hip hop”) and provide the best possible results that match those keywords. With Graph Search you combine phrases (for example: "my friends in New York who like Jay-Z") to get that set of people, places, photos or other content that's been shared on Facebook. We believe they have very different uses,” said Facebook in an official statement.