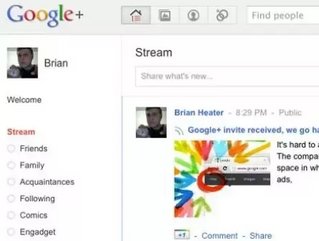 While we already reported this month that the most popular person to follow on Google+ is Facebook’s one and only Mark Zuckerberg, Facebook is making it even harder for its users to move on over to Google’s new business venture. It’s been uncovered that there was a Google+Facebook service that allowed Google+ users to update Facebook within the rival social network.

Facebook has already been actively blocking third party exporting tools designed to export contacts into other social media sites. The Google+Facebook app hasn’t been shut down as of yet by Facebook admin, the site has also been busy shutting down tools that allow users to export their friends into other sites. And ever since Google+ poked its head, the efforts have been even greater.

Open-Xchange is a similar export service that allows Facebook users to export friends’ info into other products and it has been blocked. Open-Xchange believes Facebook is trying to control personal information. "If you want to see what a future looks like where a single company controls YOUR personal data for its own profit, this is a glimpse," Rafael Laguna, Open-Xchange CEO, said in a statement. "Clearly, Facebook management does not want you to have the ability to take your personal information outside their walls to, say, Google+ and will do everything in their power to stop you, including violating their own terms and conditions," the CEO added.

In an email that Facebook wrote to the app developer:

Our expectation is that developers do not provide users with poor experiences, such as those resulting from inappropriate or misleading content, privacy and security vulnerabilities, and general spam in the Stream, Requests, and elsewhere. We appreciate your commitment to improving the application ecosystem on Platform.