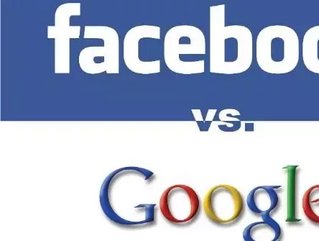 It seems that all is not well in the Silicon Valley. It’s been unveiled that Facebook hired notable PR firm Burson-Marsteller to pitch anti-Google stories to news media to plant little negative nuggets and claims that Google was invading people’s privacy. Well, we already know that, don’t we? Apparently, the PR firm was also offering a blogger to write Google-hating opinion pieces, which it promised it could place in outlets like The Washington Post and The Huffington Post, according to The Daily Beast. A blogger turned down the offer and has since posted the emails that the firm sent him. At the time, no one knew who Burson-Marsteller’s client was, until a Facebook spokesman confirmed it on Wednesday night.

The Facebook spokesman says it hired the firm because it was under the impression that Google is doing things in social networking that raises privacy concerns and because Facebook resents Google’s attempt to use the social media site’s data in its own social networking service, called the Social Circle, The Daily Beast writes. The new social media site would allow Gmail account holders to see information about their friends and the friends of their friends, which Google calls “secondary connections.”

Some blurbs from Burson’s pitch says that Social Circle was “designed to scrape private data and build deeply personal dossiers on millions of users—in a direct and flagrant violation of [Google's] agreement with the FTC.” It also says “The American people must be made aware of the now immediate intrusions into their deeply personal lives Google is cataloging and broadcasting every minute of every day—without their permission.”

Major news outlets and reporters had to give this pitch a second look-over and soon realized that this PR campaign looked a bit iffy. Now Facebook is under the microscope again for its shady campaign. We can imagine that Facebook and Burson-Marsteller are walking with their tails between their legs today. So much for an innovative PR campaign.