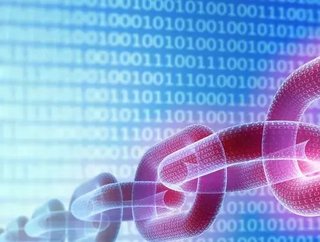 How businesses can create value in the new digital age of blockchain is discussed in a new book from Harvard Business Review Press...

The five core elements of introducing blockchain companies could generate $3.1 trillion in new business value by 2030, according to a new book from Harvard Business Review Press in association with consultants Gartner.

The Real Business of Blockchain; How Leaders Can Create Value in a New Digital Age, explores the advantages of blockchain for global businesses after polling some of the world’s leading organisations, from The Australian Stock Exchange, The Union of European Football Associations, Volkswagen, Renault, Taipei Medical University Hospital and the city of Austin, Texas.

“Expectations for blockchain are well founded. With our colleagues at Gartner, we have estimated that blockchain could generate as much as $3.1 trillion in new business value by 2030, half of it by 2025 with applications designed for operational improvement, said authors David Furlonger Christophe Uzureau.

“Yet these returns will not come for free. One of our aims with this book is to substantiate the claims made for blockchain, clarify what is real and what isn’t, and help you as a business leader understand what you will have to do to secure your share of the value.”

Formally, blockchain is a digital mechanism to create a distributed digital ledger where two or more participants in a peer-to-peer network can exchange information and assets directly without the need for a trusted intermediary.

Records are unchangeable, time-stamped, encrypted and linked to each other in blocks; each block is a cluster of about two thousand transaction records grouped together. The ledger grows as participants transact.

But informally, what does that definition mean? “It means you can theoretically do business with an unknown partner located anywhere on the planet and trade any asset at any transaction size and not need a lawyer, a bank, an insurance company,” outlines the report.

“Our insistence on all five elements is not semantics. When a blockchain is missing one or more of these elements, its value is limited or even negated,” point out the authors.

The five elements of blockchain include:

Blockchain participants are located at a physical remove from each other and are connected on a network.

According to the authors each participant operating a full node maintains a complete copy of the ledger, which updates with new transactions as they occur. “Nodes are the machines owned or used by participants and equipped to run the consensus algorithm described below. Any participant can review any part of the ledger but cannot change it except under prescribed circumstances.”

Blockchain uses technologies to record the data in the blocks securely and semi-anonymously as participants have pseudonyms. “The participants can control their personal identity and other information and share only what they need to in a transaction,” says the report.

Completed transactions are cryptographically signed, time- stamped, and sequentially added to the ledger. Records cannot be corrupted or otherwise changed unless the participants agree on the need to do so. Such an agreement is known as a fork.

Transactions and other interactions on a blockchain involve the secure exchange of value. The value comes in the form of tokens. The report comments that digital markets can function more effectively with tokens and need to create them for various reasons.

“Tokens might function as digital representations of physical assets, as a reward mechanism to incentivise network participants, or to enable the creation and exchange of new forms of value,” say the authors.

Blockchain network information and rules for how it operates are maintained by computers, or nodes, on the distributed network. In practice, decentralisation means that no single entity controls all the computers or the information or dictates the rules.

“Every node maintains an identical encrypted copy of the network record. A consensus mechanism operated by each full node verifies and approves transactions. This decentralised, consensus-driven structure removes the need for governance by a central authority and acts as a fail-safe against fraud and bad transactions, highlights the report.

How blockchain unlocks value for businesses

“We cannot overstate the amount of new commercial activity that blockchain could enable,'' commented Furlonger and Uzureau.

To get a sense of the opportunity, consider the amount of data produced today by mobile devices… Almost unfathomable, this network of devices captures more than 2.5 quintillion bytes of data created daily.

“Digital transactions don’t have a minimum size the way transactions do in the analog world. Units of data, cryptocurrency, reward points, and pieces of an asset (as opposed to the whole) are just a few new forms of value that digitalisation makes tradable in single units.

“The burgeoning trade in these digital assets is big business, exploding as we write this book. Amazon has a patent for a streaming data marketplace.

“The cryptocurrency and initial coin offerings (ICO) craze that took hold in 2017 - followed by a deep crash and movements toward regulation - has not curtailed the enthusiasm to experiment with finance. This enthusiasm points to the mainstreaming of token-driven business models that are enabled by a blockchain to finance and capture digital opportunities.

“The evolution of blockchain cannot be ignored,” concludes the report.