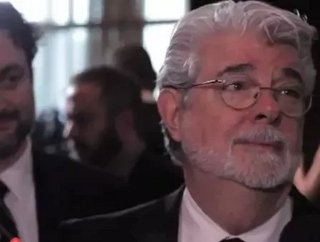 After flitting between San Francisco and Chicago, George Lucas’ new museum will be built in Los Angeles and will contain unique pieces of Hollywood memorabilia, including pieces of the iconic Star Wars franchise which the filmmaker created.

Set to be built within Exposition Park, Lucas will be behind the funding of the project and will drive further tourism, alongside other museums nearby, such as the California Science Center and the Los Angeles Memorial Coliseum.

The museum is set to be approximately 265,000 and 275,000 square feet, in addition to 100,000 square feet of additional space. Collections will be split into a number of categories, providing a unique experience, with visitors viewing original film props and memorabilia throughout the ages. The design of the museum will be taken on by Ma Yansong, part of MAD Architects who has constructed a futuristic building, incorporating several large open spaces and communal facilities within the project.

The project will incorporate a large number of construction roles, and once complete, will provide over a thousand new jobs within the region, at which organisers have stated that the location has been positioned “to have the greatest impact on the broader community", with a large number of transport links nearby.

Mayor Eric Garcetti said: “It’s a natural place to have this museum in the creative capital of the world and in the geographic center of the city”, whilst DreamWorks Animation Chief Executive Jeffrey Katzenberg commented, “This is a real triumph for the city of L.A., and this will be a transformative opportunity for L.A.”