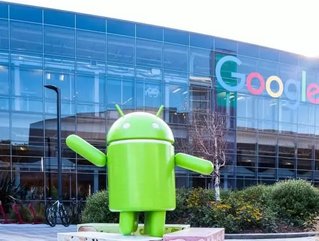 Google and Target recently announced that they would be partnering up to make online shopping more easily accessible via Google Express, the technology giant’s delivery unit.

“The partnership includes Target’s nationwide expansion on Google Express, including voice- activated shopping, as well as the addition of Target REDcard as a payment option in 2018,” Target said in a statement.

Target successfully trialled the home delivery service across California and New York City, something that has led to the expansion of the initiative.

The retailer has made a concerted effort to improve its digital operations of late, having partnered with Pinterest to use the firm’s visual search tool for its own instore products.

“In the markets where we’ve offered Google Express, guests tell us they love the ease and convenience of shopping Target through Google. So we’re excited to offer this service nationwide in time for the busy holiday season,” said Mike McNamara, Target’s chief information and digital officer.

“What’s even better is that Target and Google teams are working on the next chapter, building experiences that digitally replicate the joy of shopping a Target store to discover stylish and affordable products.”

Google has also been trying to make its Google Home products more attractive in the face of Amazon’s new echo range, with the price differences between the two product ranges favouring Amazon.

The deal, therefore, will benefit both firms in their kickback against Amazon’s growing dominance in the ecommerce sphere.