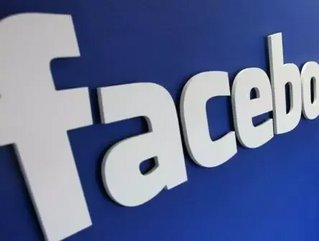 From the launch of Friendster in 2002, which pioneered the online connection of real-world friends – to MySpace, which embodied the essence of the early millennium, social media has become an everyday form of communication and a permanent fixture in modern society.

It’s hard to remember a time before Facebook, status updates or friend requests, but the craze of social media is a relatively new concept. For example, AOL Instant Messenger, which sparked the instant messaging era, was only developed in 1997.

I think it’s fairly safe to say that Facebook now reigns supreme in the social media world – growing to 750 million active users in just seven years. Not only does Facebook connect you with friends and family throughout the world, but it is also a valuable marketing tool for businesses.

Facebook is so huge that in some countries it generates more traffic than Google, but is that all about to change? Google, the search engine giant, has just launched its very own social media site, Google+, and some critics say it could be bigger than Facebook.

Google+ turns the entire search engine into one huge social network. This brand new social network is the culmination of a year-long project led by Vic Gundotra, Google’s senior vice president of social, and is Google’s answer to Facebook.

Google+ will be omnipresent in its products, thanks to a completely redesigned navigation bar. The familiar gray strip at the top of every Google page will turn black and have multiple options for accessing your Google+ profile, viewing notifications and instantly sharing content, according to mashable.com.

While Google+ will be very similar to Facebook, it has many new features that have social media geeks ready to delete their Facebooks accounts and go strictly Google+. Circles+ is one of the features that sets Google+ apart from Facebook. Circles+ allows users to drag-and-drop their friends into different social circles for friends, family, classmates, co-workers and other custom groups. This allows users to customize what information they share with whom.

Another Google+ feature that gives Facebook a serious run for its money is the video chat feature, “Hangouts.” “Hangouts” is different than other video chats, instead of just joining a group chat; users instead click “start a hangout” and are instantly in a video chat room alone. Simultaneously, a message goes out to their social circles, letting them know that their friend is “hanging out.” So if a friend wants to stop by and “hang out” they can, and results from internal testing found that friends quickly join the hangout.

Circles+ and “Hangouts” are just a few of the many new and unique features that Google+ has to offer. Another interesting aspect of Google+ is its exclusivity. During the field test period you could only obtain a Google+ account if you were asked to join.

Google+ is an obvious response to Facebook’s rise to power and stronghold in the social media realm. So has Facebook finally met its match with Google+? Many social media gurus think so, but I guess only time will tell.