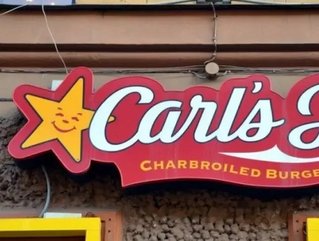 Need red meat in your life? Good news, Toronto—as of yesterday, April 8th, an extra Carl’s Jr. is officially open and ready for business. Available 24-hours a day, residents now have another venue to help them eat like southern Californians and enjoy juicy burgers, fries and creamy shakes.  Operated by Toronto-based 6Points Food Service Ltd., customers will even be able to take advantage of a shake bar, which will offer more than 20 flavors of hand-scooped Chapman’s Canadian ice cream shakes. Are you feeling hungry yet?

More Dish on the Expansion(s)

You may already be familiar with the previous Carl’s Jr. 6Points opened last month, which is located on Yonge Street. And the excitement just keeps coming! Ned Lyerly, president of International CKE Restaurants, stated that an exclusive development agreement with 6Points was signed last year that will see 30 Carl’s Jr. restaurants opening over the next six years throughout various locations, including London, Kitchener-Waterloo, Guelph, Hamilton and more in Toronto.

It’s no surprise that Carl’s Jr. is known for their fresh burgers and higher-quality menu items. With locations already in Canada that include Vancouver, Abbotsford, Chilliwack, Kelowna, Vernon, Kamloops, Penticton, Grande Prairie, Edmonton, Spruce Grove and Guelph, it’s interesting to speculate what fast food restaurant may next come to Canada.

Sure, when it comes to fast food in Canada, options are rather limitless. For example, residents can easily choose between the usual suspects: McDonalds, Burger King and Subway. However, with the expansion of Carl’s Jr., could more choices be coming?

RELATED TOPIC: No Fish for You: Costco Canada’s Fish License Gets Suspended

As of now, Canada is lacking a few fan favorites, including Jack in the Box, Kentucky Fried Chicken and Pizza Hut. Could these additions possible be in the works?