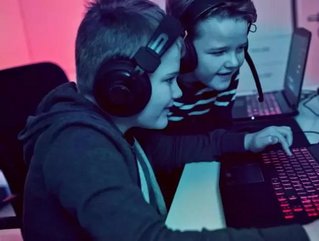 American multinational toy and board game manufacturer Hasbro is exploring video game tie-in products as it seeks to modernize its offering
Following publication of the firm’s Q3 earnings report, CEO Brian Goldner told CNBC that its top-selling product is currently a Fortnite-themed Monopoly set.
Fortnite has taken the world by storm, with 125mn active players in June according to Statista. Its free-to-play Battle Royale mode, a last-man-standing shooting game with 100 players per round, has generated massive revenues through in-game purchases.
Goldner told CNBC that the company is preparing to release a Nerf product based on Blizzard’s Overwatch, and that a Fortnite version of Nerf will follow soon after to allow kids to “play the game for real”.
While Hasbro experiments with bringing video games into real-life play, it is also beta-testing online versions of its highly popular Magic: The Gathering, Dungeons & Dragons, and Wizards of the Coast legacy franchises.
“What we’re really offering that audience and that consumer and that gamer is the opportunity to play in a digital space,” Goldner said. “As we go forward, you’re going to see a suite of mobile and PC-based games”.
CNBC added that Goldner said there would be “an announcement from us shortly talking about how we’re going to enter into esports in a major way.”
Tapping into the rapidly growing esports market, dominated by firms like Tencent Games, Activision Blizzard, and Take-Two Interactive, with Hasbro’s array of tried-and-true tabletop games poses a significant financial opportunity for the firm.
See more:
In Hasbro’s Q3 earnings report, Goldner spoke about the effect that the collapse of Toys’R’Us had on the firm’s revenues:
“The global Hasbro team is effectively managing our business forward through a very disruptive year,” he said.
“The lost Toys’R’Us revenues are impacting many markets around the world, notably the U.S., Europe, Australia and Asia.”
Goldner continued:
“We are successfully managing retail inventory and it is down significantly in the U.S. and in Europe, where we are aggressively working to clear excess inventory by year end.
“A growing array of retailers are now ramping new programs to take share this holiday season and we are well positioned to meet their demand.”
ActivisionHasbroTencentFortnite
Share
Share