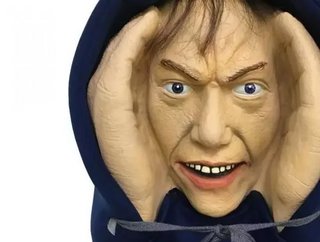 Home Depot Canada has been left embarrassed after a customer complained about a Halloween decoration of a man staring through a window.

CBC reported that a woman filed a complaint after seeing the window attachment, citing concerns that it trivialised and made light of a genuine threat to women’s safety in their homes. The company has since removed the product from its stores and online portals, apologising to the customer.

Named the ‘Scary Peeper Creeper’, Home Depot’s US site describes the item as “perfect for scaring friends and family during Halloween or any other time of the year.” It costs $29.99.

It also describes the product in the following way: “Realistic face looks just like a real man is peering through the window at you”.

The product has been reviewed twice online. Both rated it the maximum five out of five stars, claiming it was great to scare trick or treaters. The other review said: “Scared the you know what out of my wife when I put this on the kitchen window. It looks so real and life like.”

The Scary Creeper Peeper is also sold by several other specialty online retailers. On Amazon.com, the decoration has scores of reviews and a five-star rating.