How do you like your eggs? Business in Canada is starting to boil 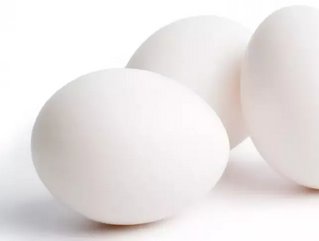 How do you like your eggs in the morning? Mexico may be known for consuming more eggs per capita than any other location in the world, but Canada is increasing their appetite. As it turns out, since 2007, Canadians have been eating about three dozen more eggs each year.

RECENT TOPIC: Let’s talk about zero tolerance for sexual harassment at the office

Interestingly enough, in general, eggs are being eaten more now than ever before. The per capita egg demand is actually starting to reach levels that have not been seen since the early 1980s. Back then, the annual consumption was nearly 22 dozen per capita.

RECENT TOPIC: The most congested cities in Canada and how to improve your daily commute

"We feel like we're in a bit of a sweet spot for the demand for eggs for the foreseeable future," says Tim Lambert, head of the Egg Farmers of Canada.

While eggs were once thought to be connected to cholesterol and heart disease, recent studies have shown that there is a place in the diet for foods that are high in protein and fat (i.e. eggs).

As can be assumed, because eggs are no longer considered “unhealthy” and the demand for eggs has increased, so has the price! Recently, the cost of eggs in Canada has risen from $2.61 in the early part of 2009 to $3.28 at the start of this year. What does that boil down to exactly? Specifically speaking, that’s a 26 percent increase in price. However, this increase is completely in line with other foods high in protein, such as beef and pork.