How Much Time Do We Spend on Social Media Sites? 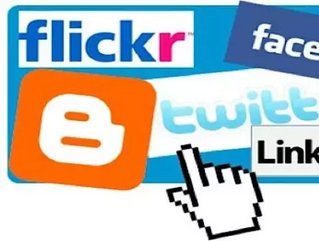 Attention spans, be damned—we all have a tendency to let our browsers wander over to social media sites throughout the work day, looking for entertainment, updates, or sometimes even a bit of good-old-fashioned social media stalking.

In fact, you might be tempted to check Facebook before you even finish reading this article. I won’t be offended—though I certainly hope that you at least return to read all the way through. According to research conducted by market analysis company ComScore, we’re all spending a massive amount of time on social media sites.

ComScore found that Facebook is the time-sucking champion, averaging 405 minutes per visitor in the month of January, but Tumblr and Pinterest managed to capture a significant 89 minutes of our time.

Twitter came in fourth place with 21 average minutes, but that number has less to do with attraction to the service and more to do with the fact that ComScore did not include mobile usage in any of its data and looked solely at Twitter.com, so TweetDeck and its ilk were left out as well.

LinkedIn and MySpace both fared fairly well, with 17 and 8 minutes respectively—numbers that seem to match up with those sites’ overall popularity.

But one site seems to have failed to draw in the masses. Google+ users only spent an average of 3 minutes on the site in January. Compare that figure with the fact that Google CEO Larry Page reportedly said recently that 80 percent of Google+’s users log in daily, and you’ll notice a discrepancy in data. Unless all 90 million of Google+’s users log in just to leave the site or Page is including all standard Google platform access, his figures are skewed.

As it currently stands, Google+ suffers from a variety of setbacks, as it is a fairly new service that doesn’t lend itself well to time-wasting browsing or activities the way the other sites examined do.