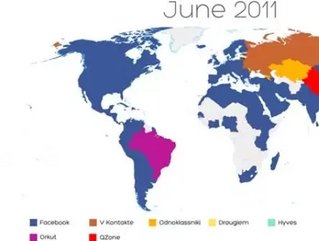 In a recent article, Inside Facebook, a research and marketing group that collects and analyzes Facebook data, posted some numbers that suggest that the world’s biggest social networking site is having trouble retaining traffic in Canada and the US. According to Inside Facebook’s tracking service, Inside Facebook Gold, Canadian Facebook traffic has only grown 7.4 percent in the past 12 months, and significantly dropped in May and June, falling by 1.52 million down to 16.6 million.

Inside Facebook’s report wasn’t entirely shocking, but it did rock the boat enough to prompt a collective media discussion about the future of Facebook and social networking in general.

Nevermind the fact that Facebook draws nearly 700 million users; in total, Inside Facebook says that the site lost 6 million users in the US alone during the month of May—the first loss the country has seen in the past year.

Naturally, Facebook responded coolly to Inside Facebook’s report, and refuted any claims that trouble is on the horizon.

“From time to time, we see stories about Facebook losing users in some regions,” a Facebook spokesperson wrote in a statement. “Some of these reports use data extracted from our advertising tool, which provides broad estimates on the reach of Facebook ads and isn’t designed to be a source for tracking the overall growth of Facebook. We are very pleased with our growth and with the way people are engaged with Facebook. More than 50% of our active users log on to Facebook on any given day.”

So, the big question is: will Facebook fall from glory like MySpace and Friendster, the sites that once ruled the social web?

Not any time soon, anyways.

For one thing, these numbers may hold less weight than many believe. Inside Facebook has admitted that it can be tricky to measure traffic numbers.

“Bugs in the Facebook advertising tool that we draw this information from, seasonal changes like college graduations and other short-term factors can influence numbers month-to-month and obscure what’s really happening,” Inside Facebook’s Eric Eldon wrote in a post on the company’s site.

But even if the numbers reflect the state of the Facebook Nation, they don’t overshadow the most important determining factor—Facebook’s total global saturation. Even if a fraction of Facebook’s users give up on the site, the numbers show that the site is so frequently used, they’ve already gotten us all hooked.

Inside Facebook has found that “by the time Facebook reaches around 50% of the total population in a given country…growth generally slows to a halt.”

In countries like Canada and the US, Facebook’s presence is so intense that almost everyone who wants a profile already has one. New users don’t come along often.

Without high traffic numbers, Facebook won’t be able to draw advertisers, and at the end of the day, that’s what matters. But considering its growth in highly populated countries like Mexico, Brazil, India and Indonesia and its worldwide influence, that shouldn’t be a problem any time soon.