Is Jawbone set to transform after a series of setbacks? 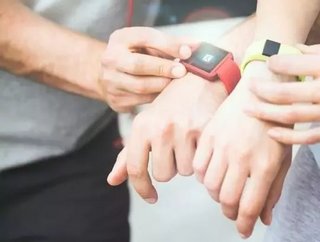 With the rise of fitness apps and trackers, such as Fitbit, Xiaomi, TomTom and Samsung, Jawbone has been left behind in the market, amongst the ongoing battle with Fitbit, claiming the company infringed on its patented technology, with previous employees breaching their contracts through joining Fitbit and revealing information regarding Jawbone’s technology, which has since been copied and developed.

Through a series of setbacks, with poor consumer sales, decreased revenue and negative reviews, Jawbone is aiming to revolutionise its business strategy through the potential market of clinical services and digitisation of services within the health sector, in order to keep up with modern living and services which patients now expect to receive.

Despite Fitbit’s previous attempts to acquire Jawbone, similar to its acquisition of Pebble, the company refuse to become part of a bigger brand and become in a league of their own once more. However, in order to change their business strategy, the company is in need of investment, from which previous investments have all but dried up. Nonetheless, a number of investors have been willing to see the technology be developed and come into fruition, with many supporters from the medical sector who want to see the industry transform and be more welcoming towards technological change and innovation, allaying fears of potential breaches as new technologies, such as cloud data and analytics will aim to decrease potential risks.

Jawbone’s aim to move its focus from a consumer led business, to a business to business led one will enable the bands to be sold to a niche market, such as clinicians, doctors, consultants and health providers and enable to provide a unique service tailored to fit this market, rather than seek to drive off competition and fight with bigger brands who now have larger sales and customer base.

The move is in spite of the departure of Jawbone’s Chief Financial Officer Jason Child, who previously cemented the company into the public market and developed the company’s consumer base. This has also seen the company undergo both internal and external pressure to redevelop its services and products. With a change in business strategy and focus on a new niche market, it will be interesting to see how Jawbone will now develop its products and model to become successful once more.