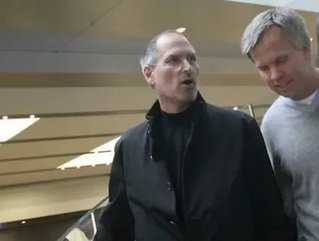 We all know the genius efforts behind Apple’s lifestyle branding and uniqueness in its retail stores. The retail executive behind Apple’s reincarnation, Ron Johnson, is now leaving the company to take over as CEO for J.C. Penney with the hopes that he can revamp the retail apparel brand. Johnson came onto Apple’s board in 2001 when there were only two Apple retail stores. Today, Johnson has assisted in the opening of Apple’s more than 300 locations worldwide.

Johnson was quoted saying the following when he opened Apple’s ninth location in Palo Alto: “If we do great stores in the right places where people gather … if we have phenomenally well-trained people, we think our market-share will grow dramatically.”

Steve Jobs had original mock ups of the retail design for Apple’s stores and Johnson, along with other Apple executives, fine tuned the design to come up with the image of the retail outlets we see today. Johnson advocated for Apple stores to have iconic features and also came up with the Genius Bar. While Jobs was worried that the general employee base wouldn’t have the knowledge about technology and dealing with customer service, Johnson took it upon himself to persuade him into hiring younger people familiar with the brand and all of its products’ capabilities.

J.C. Penney is focusing on revamping its retail stores but also lowering its overall expenses to compensate for its rising costs in materials. Johnson spent years working as an executive for Target before joining the Apple team, so this career move will definitely be a return back to his retail experience.

Johnson brought a clean, minimalistic image with chrome accents from Apple’s devices into its retail stores. We’re excited to see how this clothing store will change shape and appearance over the next few years.