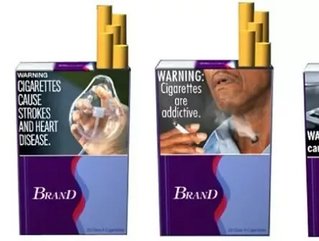 The Food and Drug Administration has been fighting since 2009 to force tobacco companies to put prominent and alarming warning labels outlining the dangers of smoking on cigarette packs.

For the tobacco industry, this battle boils down to first amendment rights—five mega companies, including R.J Reynolds and Lorillard, have sued the government for upending their freedom of speech.

Now, a Washington judge has ruled that the tobacco companies have a valid point. U.S. District Judge Richard Leon, who initially temporarily blocked the label requirement in November, has declared once again that the FDA’s efforts are unconstitutional.

Judge Leon’s ruling stated that the graphic images “were neither designed to protect the consumer from confusion or deception, nor to increase consumer awareness of smoking risks; rather, they were crafted to evoke a strong emotional response calculated to provoke the viewer to quit or never start smoking.”

In June 2011 the FDA approved nine controversial images to appear on the packs along with a phone number for a stop-smoking hotline. The images, including a pair of diseased lungs, a man breathing into an oxygen mask, a premature baby in an incubator and a close-up of a cancer-ridden mouth, were designed to cover the entire top half of all cigarette packs, front and back—a requirement that tobacco companies insisted would overshadow branding and cost them millions.

“While the line between the constitutionally permissible dissemination of factual information and the impermissible expropriation of a company’s advertising space for government advocacy can be frustratingly blurry, here the line seems quite clear,” wrote Leon.

After Judge Leon’s ruling, the Department of Health and Human Services issued a statement in which it vowed to continue to fight for the controversial warning labels.

“This Administration is determined to do everything we can to warn young people about the dangers of smoking, which remains the leading cause of preventable death in America,” the statement read. “This public health initiative will be an effective tool in our efforts to stop teenagers from starting in the first place and taking up this deadly habit. We are confident that efforts to stop these important warnings from going forward will ultimately fail.”