Learn how to avoid the bad publicity of a product recall 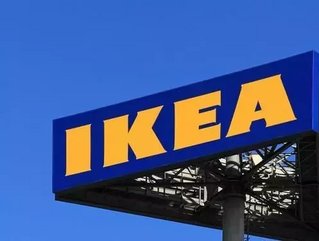 Ikea has recently issued a recall on PATRULL nightlights in both the United States and Canada.

Specifically, 442,000 nightlights have been recalled after a product defect complaint was issued in Europe. A child in Austria received an electric shock and minor wounds after the nightlight’s plastic cover detached while the child was trying to take the light out of its socket.

While 359,000 units have been sold in the United States and 83,000 in Canada since the product first became available in 2013, there haven’t been any other complaints made regarding the nightlight.

Originally reported by our sister brand Business Review Canada, though highly undesirable, product recalls do happen. Therefore, to help businesses deal with this type of bad publicity, we’ve put together a few tips to get ahead of the issue—if or when it occurs.

As soon as you become aware of the fact that a product is a threat to public safety, you should make an announcement. Don’t simply confirm that there’s an issue, but admit that something is wrong. The sooner you do this, the better.

If the damage is already done, then take responsibility for what’s happened. If you want to minimize public backlash as much as possible, then be proactive and transparent. Honesty really can promote forgiveness amongst customers.

Be honest with your employees; each worker needs to fully understand exactly what is happening. One of the worst things you can do is to try and control damage by restricting the flow of information internally. Specifically, each member of the team needs to know how to represent the situation accurately and appropriately to anyone who may ask.

If you’re planning on waiting for bureaucratic government agencies to get involved—don’t. During this process, regulatory agencies can often delay how much time passes before product consumers and distributors are notified. These delays can lead to worst-case scenarios, like more injuries or even death.

Above all else, remember one thing: the safety of your customers should be your number one priority.