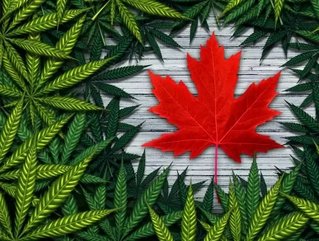 The Cannabis Act has now passed after winning with a 52-29 vote in Canadian parliament this week – legislation that is set to legalise the recreational use of cannabis across the nation.

The government will retain the right to control and regulate how the drug is grown, distributed and sold, with Justin Trudeau of the belief that this will reduce criminal activity and help reduce drug usage amongst children.

As the second country in the world to legalise cannabis after Uruguay made the decision to do so in 2013, many analysts believe that the industry will blossom as a result, coming to challenge the alcohol and cigarette markets.

“Industry participants are of the view that legalisation will accelerate recreational adoption even further, with some predicting the recreational cannabis market will be comparable in size to markets for other recreational products such as wine and spirits by 2021,” said Fraser Hartley, Partner at Edwards, Kenny & Bray LLP, Globalaw.

“It is likely that growth in the cannabis sector will come at some expense to the market for alcohol as millennials in particular have shown that they view marijuana as a substitute for alcohol in many circumstances.”

A report from the Canadian Imperial Bank of Commerce (CIBC) has predicted that the legal recreational cannabis market could be as worth as much as $6.5bn by 2020, with up to 800,000 kilograms consumed annually.

By contrast, the Canadian alcoholic spirits market was valued at $5.1bn last year, whilst total wine sales reached $7bn in 2017.

“Given the potential opportunity, it is no surprise that a flurry of activity has occurred as production, processing and distribution prepare to move from small-scale underground operations to commercial scale businesses,” Hartley said.

“This has attracted a high-level investment and a new industry of consultants, lawyers and other players who have cropped up to assist industry participants in navigating the changing regulatory landscape.”

Further, Aurora has also recently agreed to merge with MedRelead Corp in a CAD$2.9bn all-stock deal – transactions that truly represent the growing stature of the Canadian cannabis market.