Lego and Disney’s new plans for the Star Wars franchise 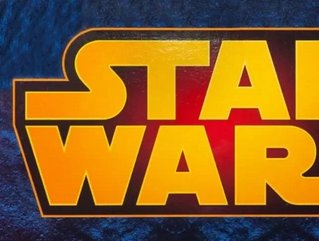 Nearly 40 years after its start, the Star Wars franchise continues to be a major money-maker. Today, however, with corporations like Disney and Lego buying rights to license the franchise, the possibilities for consumer products seem endless. Disney is concentrating on movies and theme parks, Lego on toys. Generally, it’s the movies that are driving the rest of the franchise offerings, including toys and other memorabilia.

At this year’s American International Toy Fair, which took place in early February, Lego Systems, Inc. announced a variety of exciting new Lego and Star Wars products for 2015. From smaller sets featuring droids and inventive micro-fighters, to larger sets featuring iconic vehicles and starships, to a new line of constructible figures, the 2015 Lego Star Wars collection is one of the largest and most diverse since its launch in 1999. Sets feature characters and vehicles from the classic Star Wars saga, the new Star Wars Rebels animated series and the highly anticipated seventh film “Star Wars: The Force Awakens.”

"As we all eagerly anticipate “Star Wars: The Force Awakens” premiering in December, 2015 Lego Star Wars gives fans a chance to build and play based on all of the existing Star Wars stories," said Jill Wilfert, vice president of licensing and entertainment for The LEGO Group.

"For more than 15 years, children and kids-at-heart have told and retold the Star Wars story through LEGO brick play and this year we will give them even more characters and elements to recreate the epic saga – including several sets with which to add "Star Wars: The Force Awakens" to their building adventures."

The new products include classic Star Wars sets which feature big action from the saga.

From “Star Wars: Episode I The Phantom Menace,” builders can relive the riveting battle scene where the Trade Federation tightens its grip on Naboo and the local Gungans must stop the advancing AAT. Includes Jar Jar Binks minifigure, Battle Droid and Pilot Battle Droid figures. An additional set launches later in the year.

Disney will release a new Star Wars movie every year starting in 2015, according to Entertainment Weekly. This announcement, made at this year’s CinemaCon, confirms a “strategy of aggressive franchise expansion,” writes EW. If indeed Disney follows through on its intention, by the summer of 2019, the total number of Star Wars films will double.

Keeping line with its strategy of aggressive franchise expansion, Disney has also revealed “ambitious” theme park plans for Star Wars, according to Variety. These theme parks will not open any time soon precisely because of their ambitious nature. “The plans are ambitious, so it’s going to take some time for them to be built and opened,” said Disney CEO Bob Iger, according to Variety.

While Iger has not disclosed details about the upcoming plans, such as the names for the new theme parks or exact locations, he did let on that the basis for the new attractions will be the future films in the series, along with its spinoffs. This is why many Disney parks already include an updated version of the “Star Tours” attraction.

The much-anticipated film “Star Wars: The Force Awakens,” doesn’t come out in theaters until Dec. 18, but different divisions at Disney are ready to capitalize on the hype. A teaser trailer released for the “Force Awakens” film has gotten more than 123 million views since November. Disney XD has already launched “Star War Rebels,” an animated TV show. Another wave of products should be in stores already or on their way.

Additionally, there is “Star War” Day on May 4 and the D23 Expo, Disney’s version of ComicCon, slated for Aug. 14-16 in Anaheim.

If the effervescent anticipation around the next Star Wars movie is any indication, Disney and Lego can expect great quarter reports for the remainder of the year. At the same time, they deploy excellent product development and marketing strategies that create buzz around their products.