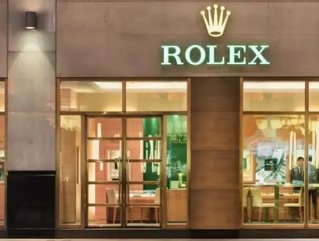 According to research by commercial real estate company CBRE Group, more luxury retailers are expected to arrive in Canada, although at a slower pace than the country has seen in the last three years.  While big box retailers like Target have experienced difficulty in the national market, demand for luxury retailers has remained strong and is fuelling massive expansion projects at shopping malls across Canada.

The aftermath of the 2008 financial crisis and recession created a boom in retail development with foreign retailers, primarily American companies who turned their sights to Canada.  Unfortunately, construction has not kept up with demand.

CRBE’s head researcher, Ross Moore, claims that there is currently little to no vacancy in highly sought-after shopping centers.

“We just don't have empty retail to speak of.  (Across the country) malls are generally full. If you're a Spanish or Italian or U.S. retailer, you are going to be put off by that.  Supply is the key.  Until we build more that's going to be a challenge,” Ross told the Canadian Press.

By measuring the number and type of retailers that set up shop last year, the study found that luxury and high-end fashion brands constitute the majority of new arrivals in Canada.

Newcomers in the jewelry, designer fashion and accessories categories are driving the demand for additional retail space.

Moore predicts that malls in major markets will continue seeking expansion opportunities, but construction will plateau at a stead pace in the coming years, as developers and supply chains will need time to adjust to the influx of brands.

While inflation, stagnant wages and consumer debt have compelled many shoppers to merely window shop, the appetite of wealthy shoppers for luxury goods has been healthy.

“Certain income bands continue to grow more robustly than the rest,” Moore said. “If you're a luxury retailer you don't care if sales have been growing by one percent; you're only interested in the top two percent of the population, and that group's doing fairly well, by and large.”