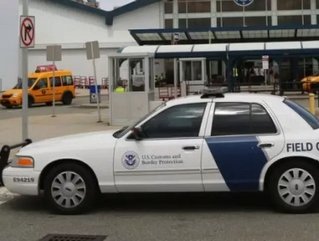 Jamison Childress, 20, was shot and killed after he illegally entered Washington State via the U.S./Canada border near Sumas, Washington last Thursday.

Childress was wanted for his suspected involvement in the murder of Calgary teenager, Brando Walker. Walker’s partially-burned body was found on March 7th in the Elbow River near the Weaselhead Bridge. While Childress was one of four people wanted in connection with the murder, Chad William Gosselin, also of Calgary, was charged with accessory to murder on March 19th. Gosselin is 21 years old.

As well, a 15-year-old boy was charged with second-degree murder in the Walker case and will appear in court today—March 24th. On March 21st, Dylan Steven Cameron, 20, was charged with manslaughter.

Childress was attempting to sneak into the United States when he was fatally shot. Childress was reportedly acting unstable and his actions were threatening. He sprayed the border agent with an unknown chemical substance before being shot.

Childress was shot and died from a single gunshot wound to the head. Someone with the same name—Jamison Childress—has faced various charges in British Columbia communities, such as Fraser Lake and Prince George. However, whether the man is the one and the same is still unknown.

Border patrol agents originally responded when a sensor along the border was activated. According to investigators, Childress was reportedly carrying a backpack that held a hatchet. Specifically speaking, the shooting took place on Kneuman Road—300 meters from the U.S.-Canada border.

Federal and local United States agencies are investigating, with the assistance of the Department of Homeland Security Inspector General and the U.S. Customs and Border Protection Office of Internal Affairs.