Marketing and differentiation in 2017 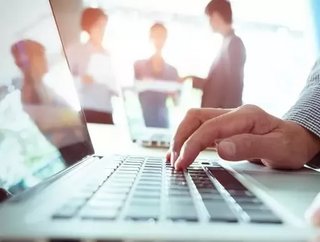 Another year has passed, and most everyone believes it's a time to set resolutions to make significant changes. So when you look back at your marketing efforts from 2016, what are you going to do differently in 2017? As with any other driver to change, you first must identify and admit the need for change.

In marketing, we often get mired in the flood of tactics that have to be managed and maintained, and lament about "not having the time or resources" to do more. Yet, like with a simple resolution to "work out more often", it starts with good intentions, but then "there's never the time" to do it. You need the resolve to change and the follow through to see results - making the time because it needs to happen.

One of the most important resolutions that marketing should commit to in 2017 is differentiation. Almost every organization struggles with it, especially in those spaces where your offering has been commoditized. If you are limited in how you can differentiate your product, you have to start looking beyond the product to find ways to effectively compete. And it's not about simply "more marketing" or "making more noise in the marketplace".

A great example is Domino's Pizza. Today, Domino’s is the second-largest pizza chain in the world, with more than 12,500 locations in more than 80 countries, and a share price approaching $160. How did Domino's come from a third-tier pizza company to a growing, competitive player in a saturated market? A few simple lessons:

1) Understand what business you're in.

The CEO (Doyle) realized that while delivery was important, the end product - the pizza - was bad. He proceeded to launch a brand strategy to publicly expose and admit the product's shortcomings, and a dedicated plan to fix it. As the product improved, the differentiation efforts expanded, even opening a Domino's Pizza in Italy.

3) Look beyond the obvious.

With an understanding that delivery was an integral part of the brand, Domino's started to experiment with new delivery systems, including ordering via Tweet, emoji, and a specially-designed delivery vehicle with a warmer built inside. This wasn't the traditional billboard-email marketing-creative messaging approach, but transforming the customer experience to differentiate.

While Pizza Hut has continued to stuff their crusts and diversify only the product offering, Domino's has continued to innovate, in areas where they can hold a unique position in the marketplace that impacts and shapes the company's image. They haven't just "done what the competitor is doing" and hopes it resonates better. They stepped outside the norm.

5) Take ideas from outside of industry.

Many of Domino's ideas have taken the form of embracing new technology and non-traditional approaches. Domino's didn't simply upgrade their "online ordering" platform, but expanded into new online channels. They crowd-sourced new ideas. They developed an app. Domino's almost functions more like a marketing and technology company, with 50 percent of their HQ staff dedicated to software, differentiation and analytics.

One of the most important elements that Domino's focused on throughout their differentiation journey was the customer experience. The "soft stuff". They took the time to examine not only the product they delivered, but the entire customer experience and purchase process. They eliminated barriers to purchase. The expanded the methods and ways people could order and pay for the product. You can have a superior product, but if it's a painful purchase/service/support/billing process, people will seek alternative offerings.

Getting your organization out of it's comfort zone requires surmounting the two biggest cultural obstacles of traditional companies - “omission bias” and “loss aversion.” Omission bias is the tendency to worry more about doing something than not doing something, because everyone sees the results of a move gone bad, and few see the costs of moves not made. Loss aversion describes the tendency to play not to lose rather than play to win. “The pain of loss is double the pleasure of winning,” Domino's CEO, Doyle argues. "So the natural inclination is to be cautious, even in situations that demand creativity".

In 2017, that's how marketing can really differentiate an organization, and their value to the organization as a whole. Now, go out there and make a difference.

Andrea Olson is Founder and CEO of Prag'madik.