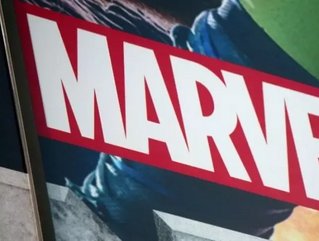 Read this article and more in our December edition of Business Review Canada!

When it comes to comics, there’s no question the two biggest camps are Marvel and DC. Titans of the industry, these two have been duking it out through ink and image for more than half a century. The battle hasn’t always been a printed one, though, as various incarnations of each company’s properties has found their way to screens both big and small.

The histories of Marvel and DC’s non-comic book adaptations are quite different and often counteract one another with a sort of ebb and flow. Also quite different is the approach taken in building these comic book-based brands, especially how the Marvel Cinematic Universe (MCU) and the DC Cinematic Universe (DCCU) engage fans. Though each company runs extensive marketing campaigns for all of its films, there is a more delicate craft at work in planning these high-profile releases.

The Importance of Feedback

Listening to feedback from those who buy into your product is a big part of a successful marketing campaign—just look at the wonders Dominos is working right now with its campaign focused on acknowledging the poor quality of its product and outlining its plans to improve. The complexity of effectively doing this, however, is magnified immensely when the people giving you feedback are fans with serious emotional investments in your brand. While the stereotype of the incredibly discerning and aloof “comic book guy”—think of The Simpsons character—is now less true than ever, dedicated fans make up a large portion of the brands’ core audience.

Marketing to fans requires a special blend of secrecy, hype, and engagement—something Marvel does better than anyone in the business, while DC tries to play catch up. Using Marvel and DC’s respective examples of what to do and what not to do, any company can learn from these that listening to your customers and giving them what they want in tantalizing quantities not only makes for a great marketing tactic, it’s just good business.

Currently, Marvel is at the top of its game and DC is struggling to catch up. Why?

Though film output is certainly a factor–Marvel has far outpaced DC in this aspect–much of it comes down to the aforementioned aspects of marketing and fan engagement.

Superheroes are now a respected genre unto themselves, though getting there required an evolution. The superhero films of the past were known for their campy, fun nature. The branching paths Marvel and DC took in moving away from the genre’s campy nature fundamentally altered the future of the companies.

For DC, a gritty, more realistic approach was taken. Much of this can be attributed to Frank Miller, creator of Sin City and author of one of the most famous Batman stories, The Dark Knight Returns. The four-issue comic served as the basis for director Christopher Nolan’s trilogy and will also serve as the basis for 2016’s Batman v Superman: Dawn of Justice. The story paints a picture of a much darker Batman—a Batman that is also equal parts Bruce Wayne and deals with his serious psychological issues. This more serious tone is found in the Nolan films and is already permeating the upcoming film, as the only image released depicts a serious Batman in stark black and white.

It’s important to note the visuals fans have for Superman v Batman are this grim still photo and the film’s title card. Though the film is slated for 2016, the studio desperately needs to build the hype now. This is a prime case of not releasing enough information. Sure, fans know the movie exists and are undoubtedly excited, but all casual fans know is that (a) Ben Affleck is going to be Batman and (b) the movie looks dark in tone. DC has been accused of taking themselves too seriously and is currently reinforcing that viewpoint with this bleak campaign.

This was also true of the most recent Superman film, Man of Steel, which tried to explain away the somewhat outdated nature of the character—a scene that was featured in much of the film’s marketing. Director Zack Snyder’s take on the Man of Steel mirrored that of Nolan’s Batman: dark, serious, and intense. Though Nolan’s films were met with high regard and praise, Snyder’s Superman received mixed reactions, with critics saying that while a more serious tone is always appreciated, the pendulum had swung too far to one side.

“Put it this way,” NPR’s Glen Weldon explained, “Man of Steel is the kind of movie in which such bombastic cries as ‘SURRENDER THE CODEX!’ and ‘RELEASE THE WORLD ENGINE!’ occur with unabashed, metronomic regularity. But Snyder doesn't allow his actors or his film to luxuriate in the soap-operatic camp of such moments, preferring to keep things moving at a nimble trot.”

This is a view held by many fans of DC’s films. Fans believe DC feels the need to act apologetic for its films being rooted in superhero lore, much to their disdain. The company is trying to generate buzz for its upcoming flicks, but the tone it has set while trying to get away from the campiness of its past has seen it overshoot its target; it has left fans cold, and with a virtually non-existent marketing campaign, giving them the silent treatment isn’t helping either. With expectations for Superman v Batman sky high and understandably cautious (The Social Network’s Jesse Eisenberg is playing Superman’s arch-nemesis Lex Luthor, after all), now is the time to be communicating with fans, giving them glimpses of the purported awesomeness that’s to come. For DC’s marketing campaign to turn around, they need to make fans want to see the movie out of excitement, as opposed to the blasé “I just want to see how this turned out” sentiment. More importantly, they need to reach out to new moviegoers and pull in those who don’t want another grim Batman tale.

Essentially, by listening to the fans, DC could make up a lot of ground in winning moviegoers back over to its side.

Masters of the Hype

Marvel, on the other hand, is far more engaging in its marketing strategy. It has struck a balance of humor, action and serious emotional depth in its films, making for a winning combination. Much of this has to do with its characters and the actors who play them (seriously, there will never be a more perfect Tony Stark than Robert Downey Jr.), but Marvel capitalizes on this rather than trying to downplay it.

Regardless of the nature of the films, Marvel harnesses something DC simply does not: hype. This all starts with their extensive, multi-layered plan for the MCU. At the head of this is studio president Kevin Feige. Feige is the figurehead for the studio and gives the MCU a credible voice. He’s someone the fans trust; they believe what he says is true in this world of rumor. Business Insider’s Jeff Gomez notes that DC has yet to catch on despite Marvel’s superior marketing success.

“Strangely, Warner Bros. [DC’s parent company] seems unmoved,” he writes. “Clearly satisfied with the auteur-driven Batman trilogy by Christopher Nolan, and last year’s Man of Steel by Zach Snyder, the studio has yet to place a definitive and fully-empowered creative visionary in charge of its superheroes.”

Marvel knows what its fans want and engages them in big ways, as exemplified by the recent announcement of all its films through 2019.

A perfect example of Marvel’s brilliant marketing through these big-time events can be seen in the announcement of the third Captain America film. Capitalizing on fan expectations, Marvel employed the theatrical marketing technique of misdirection. Feige teased the new Cap as having the subtitle, “Serpent Society,” a nod to villainous organization Hydra, which played a major role in franchise’s first two films. The crowd at the reveal event, however, was not pleased, as they had hoped for the film to explore the Civil War storyline, which is one of the biggest events in Marvel Comics’ history. Toward the end of the event, after revealing a slew of new Marvel films, Feige ended with bravado by figuratively dropping the mic, claiming to have “second thoughts” about the subtitle, then revealed a new title card with the words “Civil War” in all caps behind the Captain America logo. To punctuate this, Robert Downey Jr. and Chris Evans (who play Iron Man and Captain America, respectively) walked out on the stage, fists raised in mock battle, to thunderous applause. As a result of this marketing, Marvel has fans and non-fans alike clamoring to buy tickets to a film that doesn’t even come out for another two years.

It’s these kinds of stunts that put Marvel so far ahead of the curve when it comes to marketing and hyping its films. It’s a testament to what the studio has done in terms of film quality and marketing that Captain America: Civil War was only one of the films teased at the event yet is easily one of the most anticipated films, comic book related or otherwise, in the next two years. Fans got exactly what they wanted: not too much, not too little, and it happened in a major way. This one big stunt will undoubtedly carry the film’s marketing for months, dominating conversation until the actual marketing campaign begins sometime next year. It’s an ingenious tactic that Marvel has proven works time and time again—and something the industry should take note of.

So, what can businesses learn from these comic book giants?

Most importantly, know your audience: know what they want and know how to give it to them. DC has found great success in its other properties (video games, animated movies, television series), but it can’t quite figure out–or isn’t listening to–what moviegoers want. Marvel, on the other hand, has fans eating out of the palm of its hand by listening and building the hype.
Giving fans what they want in just the right quantity has secured Marvel as a cinematic juggernaut that won’t be going away anytime soon. In fact, MCU is still growing, with next year’s The Avengers: Age of Ultron likely to have the biggest box office opening of all time.

Bottom line: embrace the hype, embrace your product, and most importantly, listen to your audience. They’re telling you exactly what they want—all you have to do is give it to them.