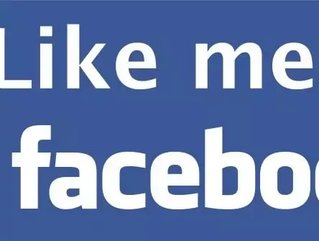 While we all use Facebook to keep in touch with friends and family, and receive updates on our favorite brands, we continue to wonder which companies out there are dominating the Company Fan Page branches in social media. With more than 500 million global Facebook users, companies have a very distinct platform to attract consumers to their pages, who in turn, are at liberty to share with their myriad of friends.

While music makers and social games make for some of the most popular fan pages on Facebook, discover which brands continue to attract the masses to hit that “Like” button for the whole social media world to see.

It’s no surprise here that the actual Facebook fan page has nearly 40 million people who “Like” its page. The page keeps up with current events in politics, pop culture and other trends while plugging YouTube videos, other popular Facebook fan pages, and even wall photos that act as how-to’s on common user questions. For some postings, a comment can get upward of 70,000 likes and more than 10,000 comments. Bet you wish the same for your business Fan page, don’t you?

Next up on the list is YouTube’s fan page with nearly 33 million fans. The page keeps fans up to date on the latest viral videos and asks opinions about what they think about particular current events, politics, concerts, movies festivals, endearing little stories about children, and so much more. If you’re ever looking to kill some time at the office looking at hilarious videos, you definitely want to check out the fan page for hours of great footage.

Starbucks uses its Facebook platform and its more than 21 million fans to notify avid coffee drinkers about in-store specials, new seasonal menu offerings, photos of Starbucks-sponsored philanthropic events, while also pimping out its Starbucks Digital Network for news, music and other exclusive content while you’re mooching off the Wi-Fi hotspot. The company also uses the Facebook forum to promote events, like its recently popular “Get a Free cup of Coffee on Earth Day” event where more than 200,000 fans pledged to attend an in-store promotion.

Coca-Cola’s Facebook page has more than 26 million fans, which beat out Pepsi with its nearly 4 million fans by a landslide proving that there are more Coca-Cola fans out there in the social media world. The fan page is a bit busy with all sorts of global marketing strategies taking over the page, but nonetheless, the site is chockfull of resources from whatever country you’re messaging from.

Disney has attracted more than 22 million fans to its page where it shares memorable movie quotes that spark online conversation, screen shots of popular movies, stories about founder Walt, fun facts, and information about new happenings at the park and in the theater. The coolest part of the whole page may be the Disney Downloads tab where fans can download high-quality background images for their computers.

Surprisingly enough, everyone’s favorite cookie Oreo makes the list, but only because it recently held an event, in partnership with Guinness World Records, to get the most Facebook likes for a single post. The event was held for 24 hours in February to be the fastest page to get the most Facebook “Likes” only to be pushed out of the No. 1 spot by rapper Lil’ Wayne who held a similar contest. Oreo held onto the record for a mere moment before it was snatched away, but it definitely targeted thousands of new fans in the meantime.

Red Bull not only uses its Facebook fan page to share news about its beverages, but it also keeps fans in the loop about all of the happenings going on with its Red Bull-sponsored extreme sport athletes making for a double whammy to attract users. The site hosts some pretty brutal videos of athletes colliding into nature, links to Red Bull games, and more.

Brand recognition goes a long way in today’s era of social media and a technology-influenced lifestyle. The aforementioned sites keep fans engaged while keeping them in the loop about what’s going on with their favorite brands, while in full view of new information about products.

These brands don’t bombard their fans with hourly news updates, but rather are timely with current events and how it correlates with the brand at hand. Take note and start engaging your fans, maybe you’ll be on this list next year.