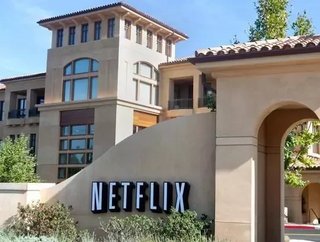 With a doubling in US membership within the last five years, Netflix has come a long way since its early establishment in 1990s, with video and TV streaming becoming a significant driver to its success.

Overtaking cable TV subscriber figures according to recent data by Leichtman Research, there are 50.85 million subscribers to Netflix’s services, in comparison to cable figures, which amount to 48.61 million. In Q1 of 2012, Netflix had 23.41 million subscribers in comparison to cable figures, which sat at 52.60 million. Since this time, Netflix has slowly risen in prominence, whereas the number of cable TV subscribers has decreased significantly. At the beginning of 2013, Netflix had amassed nearly six million new subscribers, whilst cable TV lost two million, leading to an onward downward spiral.

Why has this occurred?

Cable TV prices have been steadily increasing, yet the services and offerings provided have remained unchanged. Netflix has taken advantage of popular original series and desire for streaming services, capitalising on this consumer demand. In contrast, long-established services have not revised their business models to compete with new up and coming services.

“The decline in subscribers should not be interpreted as solely driven by a sudden increase in consumers disconnecting services. The net losses are also a function of a decrease in new connects, partially due to some providers less aggressively pursuing lower value customers than in the past."

However, despite its ongoing successes, the company is facing a potential challenge from Australia. It has been reported that Netflix may be forced to create Australian programs, alongside other streaming services in response to the changing attitudes and consumer demands, against traditional TV services, which are falling out of favour.  Whilst free television networks must uphold over 50 percent Australian based programmes between certain times of the day, streaming services do not fall under the ruling, putting traditional services at a disadvantage.

Additionally, tech giant Amazon has set its eyes on the streaming services sector, and is targeting Europe with the implantation of Prime Video. Although not as popular as Netflix, Amazon is hoping to further cement its position with further offerings, eating into Netflix’s figures in this area by also introducing a live television service.