Netflix Will Not Split DVD and Instant Streaming Services 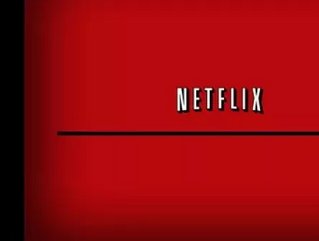 Netflix announced today a retreat in its previously announced operations changes. On September 18th in an official blog post, Netflix told its users that its DVD-by-mail service would be rebranding and continuing operations under Qwikster.com.  Netflix has decided to take a step back from implementing the rebranding process and is keeping its DVD service under its main brand name Netflix.

"Consumers value the simplicity Netflix has always offered and we respect that," said Netflix co-founder and CEO Reed Hastings. "There is a difference between moving quickly -- which Netflix has done very well for years -- and moving too fast, which is what we did in this case."

Members were informed via an official blog post and through personal emails. “It is clear that for many of our members two websites would make things more difficult, so we are going to keep Netflix as one place to go for streaming and DVDs. This means no change: one website, one account, one password… in other words, no Qwikster.”

Unfortunately, much to the chagrin of Netflix loyal customers,  the price change for the US that was introduced in July, one that changed pricing to be individual per Netflix service of DVD-by-mail and Netflix Instant streaming content, still applies. The good news is that Netflix, in its blog post, explained that there would be no more price changes in their services for the foreseeable future.

Keeping the DVD-by-mail service under the same account on Netflix.com is generally a good move for Netflix as customers were frustrated with the possibility of having to log onto two websites and use two accounts to get their Netflix services.

Netflix, in general, has been instrumental in the way Internet users watch digital content, providing their 25 million members globally DVD and Instant access to their favourite TV shows and movies. Continuing forward as the company has, by seriously listening to its customers, it seems Netflix isn’t going anywhere. The recent judgement by the CRTC on regulation of the service was additionally good news for Netflix service in Canada.