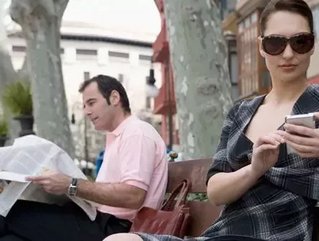 The smell of sizzling bacon and brewing coffee sets the scene for a leisurely Sunday breakfast, but the once-familiar sound of a rustling newspaper has given way to the sterile tap-tap-tap of tablets and iPhones.

We’ve all heard the mantra print is dead, and while many news consumers lament the perhaps inevitable decline of the traditional hard copy daily, researchers are embracing the move towards digital news consumption by looking closely at developing trends and what this means for journalists.

A recent report conducted by the Pew Research Center’s Project for Excellence in Journalism surveyed 3,000 adults on their news consumption habits, including which devices they preferred and used most often, and other factors shaping their day-to-day news experience.

In short, news consumption through mobile devices is steadily on the rise: the majority of responders reported that they currently get news through at least one mobile device. Though respondents’ primary household computer, either their desktop or laptop, is still the first place 54 per cent of users turn for news,  a growing number of people are getting news from multiple digital devices.

Acting as an additive news experience, results showed 23 per cent of respondents now get news on at least two devices including their primary computer, a smartphone or a tablet, or on all three.

Interestingly, unlike desktop computers where users are just as likely to use the search option to find news, users are more apt to go directly to a news organization’s website or app on their mobile devices. This could mean good news for larger, reputable news networks.

An area of great interest to researchers, the effects of social media on news consumption, showed surprising results. Though acting as an undeniable contributor towards digital news, just 9 per cent of respondents follow news recommendations from Twitter or Facebook “very often.” Still, traffic directed to news sites from social media platforms has jumped by 57 per cent since 2009, and its effects on news consumption will continue to be tracked.

In the era of reality television, mindless web surfing, and easily digested tidbits online – I mean really, who wants to expend the effort to think using these devices that can almost run your life? The study supports a heartening trend that news consumption is not declining, but the name of the game is evolving in a big way. Looking to the future at the explosive growth and support of a dazzling array of mobile devices, we’ll take that as some good news.