No Fish for You: Costco Canada’s Fish License Gets Suspended 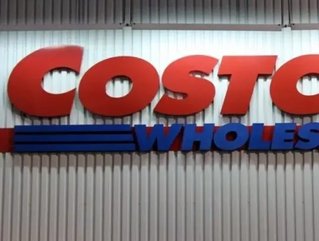 Costco Canada is no longer able to import fish into the country—their license has been suspended. According to an announcement made by the Canadian Food Inspection Agency (CFIA), “adequate controls for food safety were not being reliably implemented . . . ”

This suspension went into effect on February 26th and will hold until the proper actions have been taken to correct the issue. The CFIA will then have to reinstate Costco Canada’s fish license before importing can resume once again. Though the suspension holds strong, no items were recalled by Costco.

With their import license, Costco Canada was bringing in limited loads of various canned tuna products. Specifically, sectors of the Fish Inspection Regulations pertaining to pickled, spiced and marinated fish were named as being “violated.” At this time, it appears that these products were the only ones affected—no other fish items that the company offers seem to be tainted.

With 89 various warehouse stores spread throughout Canada, Costco believes that the issue lies with not properly notifying the CFIA about their imported tuna, as well as not transporting the tuna to a warehouse for CFIA inspection, but directly to the facilities.

To properly address the suspension, Costco Canada is changing their procedures, updating and strengthening their methods of importing and transportation to better meet the CFIA’s regulations. While Costco Canada is not currently allowed to important fish products, the company can still sell fish products that have been rightfully purchased from other, regulated Canadian fish import companies.