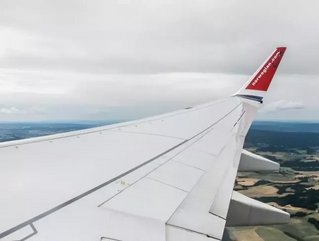 New low-cost flights between Europe and Canada are all set to be launched by Norwegian Air this summer.

Norwegian Air, which is based in Norway but registered in Ireland, has been granted a permit by the Canadian Transport Agency (CTA) to begin selling tickets ahead of this summer’s launch.

However, it is still awaiting more regulatory approval from Transport Canada. CTA’s permit is a positive sign for this, with CTA having stated: “Transport Canada advises that is expected the applicant will be issued a [permit] in time for the proposed startup date. Accordingly, the agency is satisfied that there is a high probability that the license will issue prior to the intended startup date on July 23rd, 2018”.

The airline confirmed to CBC News it will enter the Canadian market, but has not gone into detail regarding specific prices and routes.

Anders Lindström, the airline’s Director of Communications for the US, has stated: “As the world’s fastest-growing airline, we are continuously reviewing new markets and applying for traffic rights. While Canada is an interesting market, it’s too early to confirm any route plans and we still need full approval from the Canadian authorities to announce or launch any new service.”

At the moment, Wow Air (from Iceland) offers flights between Canada and continental Europe for as little as $149. Primera Air (from Latvia) has also announced it plans routes from Toronto to both England and France.

A spokesperson from Norwegian Air told the Irish Independent: “As an ambitious airline with a huge aircraft order, it’s no secret that we have plans to expand to other parts of the world. We have applied for a license to operate flights to and from Canada as it’s an interesting market, and we are currently evaluating route opportunities”.

The Irish Independent also mentioned that Norwegian Air currently operates routes to the US out of Dublin, Shannon and Cork airports in Ireland, which could suggest any or all of these will be options for Canadian flights in the future.

CEO Bjorn Kjos previously told the newspaper that the airline could fly to Toronto from Dublin in future using its new Boeing 737 Max jets, of which ir has ordered over 100.