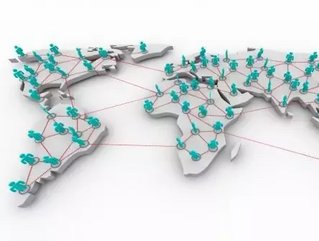 Make no mistake about outsourcing and offshoring; the craze may not be in the headlines as much as it was with the advent of the North American Free Trade Agreement (NAFTA) and other global trade initiatives, but the practice is alive and well.

Canadian companies are traditionally conservative in their offshoring approach to operations, but they embrace outsourcing for financial savings and efficiency like any other successful business.

The channels and modalities with which Canadian companies facilitate their outsourcing and offshoring functions have morphed considerably. Today’s most widely outsourced operation: information technology systems management.

“There is a trend that precedes cloud computing, which is called RIM—remote infrastructure management,” says Mark Schrutt, director, Strategic Sourcing at IDC Canada. “It’s having, let’s say, AirCanada’s or CIBC’s technology, their data center, the people that actually run and maintain those systems are actually located in other countries outside of Canada.”

As business becomes increasingly reliant on information systems, the need for quality and dedicated management has increased. And with foreign companies now able to take on those operations through their own capital investments and improved systems, partnerships and business deals are more possible and attractive. India is at the forefront.

“What we’re seeing is that, a number of tasks because of technology restrictions and because there wasn’t a base of capabilities in India or South America six or seven years ago, now those hurdles have been passed, and companies are getting onboard with offshoring their infrastructure requirements,” says Schrutt.

While the overseas capabilities emerged this decade, a new set of obstacles have surfaced at home. Companies are cautious about the impending perceptions and public reactions to planned outsourcing and, worse, offshoring. In the emerging model, a middleman enters the fray to elongate the trail overseas and mitigate direct connections.

“What companies will do is deal with companies like IBM or Hewlett Packard then leave it to those firms to realign how support is being delivered. If that means offshoring, they’re all for that. Canadian companies are saying, ‘you make the decision for us.’”

Many of the new outsourcing middlemen, such as IBM and HP, are targeting India for infrastructure requirements. They’re also eyeing Eastern Europe for business process outsourcing requirements and South America with regards to mainframe skills.

“Companies like IBM and companies like Accenture have upwards of 100,000 employees located in lower cost regions. Not the US, not Canada,” says Schrutt.

“That’s the model that most Canadian companies follow with regards to offshoring. There are many that don’t offshore, but if they do offshore they’ll work with vendors, name brand vendors, and allow them to dictate and model the offshore equation for them.”

With volatile global markets and an uncertain economy, many Canadian companies are taking a wait-and-see approach to their outsourcing needs. As Canadian companies expand their reach globally, the need for efficient operations and round-the-clock responsiveness only increases.

“I anticipate, on the infrastructure side, that outsourcing will continue in that there are many things that can be done completely offshore and really need very little human attention,” says Schrutt. “Right now there’s still a kneejerk reaction with regards to laying off people or doing any offshoring or any outsourcing, so there’s a little bit of a political and employee sensitivity."

However, the reality is that Canadian companies will require 24-hour operations to compete in the global marketplace and gain foreign market shares. Outsourcing to middlemen companies who offshore information technology systems management serves two purposes: cost reduction and continual operations.

“Case in point is Viterra, [Canada’s largest] a grain company, which is expanding hugely in Asia. They needed a platform for that global expansion, and they picked Infosys, which is Indian-based, to manage their infrastructure support remotely and HP in India to maintain their applications. That allows them the responsiveness they need,” says Schrutt.

The research, retail, manufacturing and financial industries are expected to continue the trend of outsourcing information systems management to American-based companies, who will then offshore those operations.

However, chiefly domestic organizations and business such as government services, education and health care are predicted to maintain a strictly national presence.

Canada’s economic current will dictate the offshore flow. Calm waters at home will entice companies to set sail. However, choppy conditions will keep companies at bay.