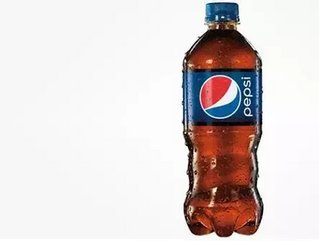 Pepsi is changing the design for its 20-ounce bottle for the first time since 1996. Changing the bottom of its plastic bottle, the redesign is part of an effort to revitalize the brand to compete with Coca Cola, the soda market share leader over the last few years.

Debuting in April, the bottle redesign will be utilized with the 20 ounce and 16 ounce Pepsi, Diet Pepsi, Pepsi Max and Pepsi Next. The main changes to the bottle are a contoured bottom, which is thinner and easier to grip, and shorter wraparound label. This bottle change is part of an overall update of Pepsi’s product packaging materials for its flagship brand.

According to the Associated Press, the bottles will roll out in New York first, followed soon after by Chicago, California and Florida. Single serve bottles are regularly sold in coolers at drugstores, gas stations, and other retailers.

"The engineers have to go to all the plants and convert the lines," said Andrea Foote, PepsiCo spokeswoman to the Associated Press. Pepsi expects the new bottle to replace stock of the old design within the next year.

Coca-Cola, Pepsi’s main competitor, has been gaining market share over the last few years. This paired with Pepsi seeing a four percent drop in North American beverage volume last year, according to the SEC, has led Pepsi to ramp up its iconic image and branding plans.

As part of these efforts, Pepsi signed Beyoncé to a brand ambassador deal back in December 2012 in which she will host live events, become the face of Pepsi by appearing on soda cans, collaborate on social media and go on a world tour.