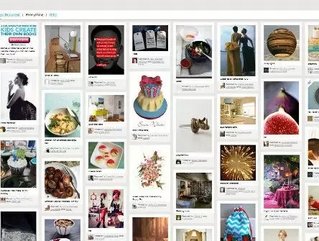 Just like Facebook, more and more businesses are thinking about expanding their social media strategy to include Pinterest. Is this newer social media site for you? There are a number of things to consider prior to getting your business a Pinterest account, including the pros and the cons.

Just since November of 2012, Pinterest has tripled their user base numbers, which shows an explosion of new traffic. They are one of the quickest growing social  media sites out there at the moment.

Getting your business started on Pinterest can get them in before they've peaked and be able to garner more visitors early on than most other platforms.

Ground level placement on Pinterest can get you on more boards and get pinned more often, a great network for spreading your company's base.

CON - There Is No Self-Promotion Allowed

One of the hardest parts of being social on Pinterest as a business is the no self-promotion part of the site.

If you are using it for business, you'll have to be completely subtle and discreet about your products. Best thing you can do is to post up things that invoke the thought of your product with a link back to the site. For blatant and more noticeable advertising, you'll still need Twitter and Facebook.

PRO - Visitors Tend to Stay Around

While visitors to Twitter and Facebook tend to scroll and check for new messages prior to leaving, those going to Pinterest tend to stick around much longer.

The average Pinterest user will stay on the site approximately an hour and 17 minutes, which eclipses the length of time of the average Twitter and Facebook user.

You're not going to be able to use Pinterest as your sole social media site, it is best when used in correlation with Twitter and Facebook.

Taking all this into account can show you whether you will benefit from having Pinterest in your arsenal of social media marketing tricks.

If you decide to not partake, you can also check in yearly to see if your needs have changed. Getting on Pinterest is quick and easy, and the opportunities abound.

However, you're still going to need to do other types of social media along with Pinterest. If you don't have a dedicated social media employee working the sites on a frequent basis, you may not want to invest the time on adding it in.

For some businesses though, it is not only worth the extra commitment, but a haven for finding new customers and sales.