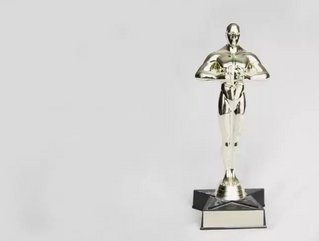 Online bookmaker PointsBet announced this Thursday that it will be the first sportsbook to offer legal wagering on the 91st Academy Awards, to be held on Sunday, Feb. 24, 2019. The markets PointsBet have made available for wagering include Best Picture, Best Director, Best Actor, Best Actress, Best Supporting Actor and Best Supporting Actress. PointsBet customers will be able to place bets up to $1,000 on each category.

“We’re thrilled to become the first U.S. operator to offer betting on the Academy Awards,” said PointsBet US CEO, Johnny Aitken. “The Oscars are one of the biggest events on the annual viewing calendar and Oscars pools have long been incredibly popular, so giving users the opportunity bet on who they think will win Best Picture or Best Actress will add yet another layer of excitement to the viewing experience.”

On Wednesday, the New Jersey Division of Gaming Enforcement granted requests to allow non-sports betting. The majority of legal gambling in the United States has previously been restricted to Las Vegas and overseen by the Nevada Gambling Commission.

According to a report released today by ESPN, “More than a dozen legal sportsbooks have opened in New Jersey since last May, when the U.S. Supreme Court struck down a federal statute that had restricted state-authorized sports betting to primarily Nevada. In their first months of operation, Garden State bookmakers said they routinely received requests from customers wanting betting odds on the Oscars. The DGE has granted their wish.”