Secrets behind YouTube&#039;s most viral videos 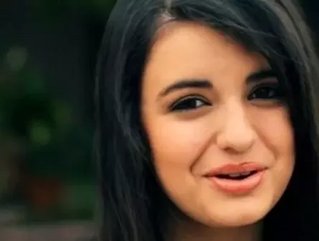 Viral marketing is on the minds of many business owners of late. Everyone is trying to figure out how to best market their product or service to gain the attention of the nation and ideally, the world. While at the same time, entrepreneurs and CEOs are looking for the most efficient way possible, and needless to say, cost effective way to target a new audience.

From creating viral Facebook fan pages to being the first to create a viral Twitter trend or Twitpic, business owners and social media junkies are continuously yearning to be on the cusp of everything viral…even though it’s in the hands of Internet users to ultimately choose when things go viral.

You can’t make something viral – a video, web page, or anything else on the Internet has to become viral on its own. It starts with one person, or group of people, to come across a story, webpage, or video, who then spreads it to the rest of the world to view, laugh at, comment on, like/dislike, allowing it to grow in user views.

While business owners and marketing agencies can never quite predict when a video, website, or fan page will go viral, we take a look at some of YouTube’s most visited, most commented, and most liked viral videos that no one could have ever predicted to be so popular. Here are some of the most popular videos on YouTube that have gone viral recently and how it happened.

Jennifer Aniston and Glaceau’s Smartwater are the prime example of how to go viral – so much so, that they even dumbed it down so that the average Internet user knows what going viral really is. It likely started when celebrity gossip bloggers/columnists blurted out the words “Jen Aniston Sex Tape” on YouTube and more than 9 million people were directed to a nearly three minute clip.

The actress teamed up with other YouTube stars like Keenan Cahill, the Double Rainbow guy, and others to best determine the most optimal way to make a viral hit. With the addition of cute animals, dirty dancing babies, lip syncing super stars, ball kicking, and ultimately, Aniston’s sex appeal, the video was a tongue-in-cheek way of making fun of viral videos and what it really takes to get viewers. Sex and celebrities.

But in today’s age, even the most obscure people can make for viral hits. Take for instance, Rebecca Black, a little known 13-year old girl from Southern California who gained YouTube infamy for her terrible, yet surprisingly catchy song, “Friday”. Her record label ARK Music Factory released what some are saying, the “worst song ever,” yet her music video has more than 101 million views.

Comedy Central comedian Daniel Tosh was one of the first people to spread the good word about “Friday” and Black has since appeared on The Tonight Show with Jay Leno and posted her hit single on Apple’s iTunes. Some are even saying that Black banked more than $1 million on her iTunes sales alone.

Only in America would a teeny boppin’, poor grammar singing, songstress be able to gain this much attention for her awesomely horrible viral video.

Proctor and Gamble focused its attention on Old Spice last year and created a 30-second spot to market its shower gel. The product isn’t the sexiest product ever created, but its commercial on YouTube now has more than 31 million views due to its sexy lead actor, Isaiah Mustafa.

Traditionally, commercials for bathroom products never make for such a fuss on the Internet, but the fun and innovative way to target Old Spice users – and perhaps their girlfriends – made for a true viral hit. Mustafa also took to YouTube to answer fan questions and dispense his own Dear Abby-esque advice, making for millions more page views and another way that YouTube is the newest platform to reach out to fans.

In the end, it’s all about the numbers. They don’t lie – whether it’s dealing with revenue, profits, shares, losses, fans, friends, likes, dislikes, and page views.