Seven of the worst ever marketing failures 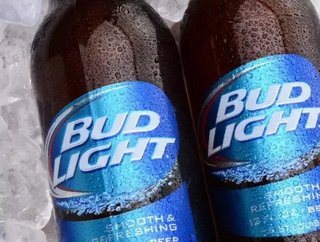 Coca-Cola and Walmart are being criticised for their insensitive choice to create a Twin Towers display in stores.

Packs of Coke cans were stacked to represent the Twin Towers with a banner stating ‘We Will Never Forget’, but the sincere message was sullied by large signs displaying the discount price.

Cue the public backlash, which involves many people claiming it’s impossible for a company like this to appear truly sincere or respectful, as any public move they make serves as an advertisement.

Here are some of the worst, most offensive, and utterly bewildering marketing failures in recent history.

Rather than promoting seasonal fun, this campaign was shocking in its irresponsible promotion of date rape. It featured a woman laughing, with her face turned away from a man side-eyeing her with eerie intensity. The words ‘spike your best friend’s eggnog while they’re not looking’ floated between them; this grossly inappropriate advert was removed and Bloomingdale’s apologised as sincerely as a Twitter apology can possibly be.

A hawk-eyed consumer shopping for Halloween outfits noticed that the tab for plus-size items on Walmart’s website actually read ‘fat girl costumes’ in an astonishingly insensitive move. It wouldn’t be the first time Walmart has upset consumers, and it hurriedly changed the offending phrase.

In one of the most shocking marketing fails of all time, an advert graphically depicting Malala Yousafzai being shot by the Taliban, falling onto a Kurl-On mattress and bouncing back to receive her Humanitarian Award was released by Ogilvy India. The image was detailed enough to show blood spraying from her head and a drip attached to her arm as she falls. The company apologised profusely, but the damage was done.

Levi’s and Victoria’s Secrets have never been particularly inclusive when it comes to diversity. Levi’s ‘Hotness Comes in All Shapes And Sizes’ campaign was slated due to the fact that the various ‘shapes and sizes’ of women included were in fact all thin and toned, and Victoria’s Secret’s ‘The Perfect “Body”’ ad bombed for the same reason. The latter slightly altered its message, but both companies lost a fair amount of customer good will.

‘The perfect beer for whatever happens’ fell under fire when it released bottles which included the line ‘the perfect beer for removing ‘no’ from your vocabulary’. It heavily suggested that consumers would get drunk on the product and no longer have any inhibitions regarding what happened to their bodies, emphasizing and exacerbating broader issues with rape culture.

Man in The High Castle is a dystopian alternate reality drama made by Amazon exploring what would have happened to the world had the Nazi’s won World War II. A fascinating subject which led to an unfortunate and offensive marketing campaign. Amazon had subway trains decorated to advertise the show, with obvious Third Reich symbolism. This move was made even worse by the fact that these trains were in New York, which has a large Jewish population, and it was condemned by both the State Governer and city's Mayor.