Should Vine Be Part of Your Marketing Strategy? 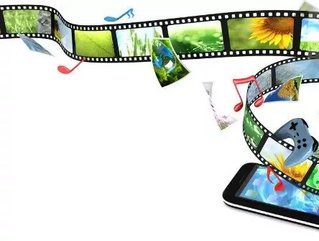 Deciding which apps to use to market your business can seem daunting. However, Vine is turning out to be a big hit, and when used creatively, it has huge potential to draw customers to your business.

Vine is an app that is now available for both the Apple and Android market. Vine allows users to create quick, six-second videos that can be broadcast on various social media sites. Many major brands, such as Gap and Taco Bell, have found success in using Vine to reach customers.

Vine was originally only available to Apple users. However, after 13 million people downloaded the app, Twitter acquired it in October 2012 and made it available to the Android market.

According to Twitter, 12 million Vine videos are posted on Twitter alone each day. Vine videos can be posted on other social media sites as well, such as Facebook.

Despite the popularity of Vine, there are certainly a few potential drawbacks. For example, six seconds doesn’t give you much time to market your business.

Even short traditional commercial lasts 15 seconds so squeezing your advertising into 6 seconds or less can seem impossible.

Another potential drawback is that Vine is relatively new. Therefore, not all of your customers might not actually be using Vine yet.

Develop a Marketing Strategy with Vine

Companies are still experimenting with ways to reach their market in six seconds or less. Fun and humorous tidbits get shared frequently across social media sites which allow companies to harness the true power of social media.

Vine can make it tempting to create large quantities of video. After all, a six-second video can be produced quickly.

However, if you hastily create content you’ll defeat the purpose. Customers aren’t going to watch large quantities of your videos. Instead, you might turn them off if the first video or two they see isn’t up to par.

Establish a clear marketing strategy that outlines how to use Vine.It should be specific to Vine’s limitations so that you don’t end up trying to squeeze a 15-second commercial into a 6-second video.

Animated images have become a popular technique when creating Vine videos. Simply stopping and starting the camera after moving an object slightly turns those still shots into video.

Companies such as Lowes and Urban Outfitters have created successful animations.

Involve Customers in Your Efforts

The key to any good social media strategy is getting customers involved. Ask customers to send you Vine testimonials or encourage them to tape themselves using your products.

Keep in mind that your efforts will really pay off if you create content that customers will want to share. Therefore, give customers something that will really catch their eye.

Creative images can go a long way to speaking volumes about your business and when you’ve only got six seconds, every second certainly counts.

As a business owner, have you tried out Vine yet? If so, what was your experience like?

About the Author: Amy Morin writes about psychology, marketing, and news articles on the web.